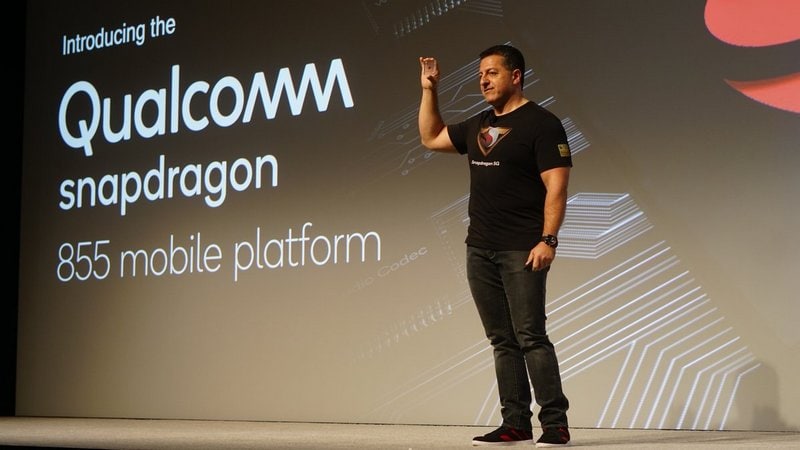 Qualcomm on Tuesday unveiled the Snapdragon 855 Mobile Platform, the first of a new generation of mobile phone processor chips that will power 5G smartphones in the United States as soon as next year. The key feature of the Snapdragon 855 chip, launched at an event in Hawaii, is the 5G Snapdragon X50 modem for phones to connect to 5G wireless data networks with "multi-gigabit" mobile data speeds of up to 50 or 100 times faster than current 4G networks.

Qualcomm, the largest supplier of mobile phone chips, said Snapdragon 855 would power Samsung 5G smartphones that Verizon Communications and Samsung said on Monday would be released in the United States in the first half of 2019. More details about the SoC will be unveiled at the annual Snapdragon Technology Summit in Hawaii.

Finally, the company added that the Snapdragon 855 would support a new Qualcomm ultrasonic fingerprint sensor - called Qualcomm 3D Sonic Sensor - that can read a user's fingerprint through the glass screen of a smartphone. "This is the only mobile solution that can accurately detect fingerprints through numerous contaminants. Furthermore, this technology enables sleek, cutting-edge form factors while distinguishing itself from alternatives with higher levels of security and accuracy," it said in its blog post.

The Samsung phone would be a major challenge for Apple, its biggest rival in the premium handset market in the United States as the iPhone maker is locked in a legal battle with Qualcomm. Citing sources familiar with the matter, Bloomberg reported on Monday that Apple would wait until at least 2020 to release its first 5G iPhones.