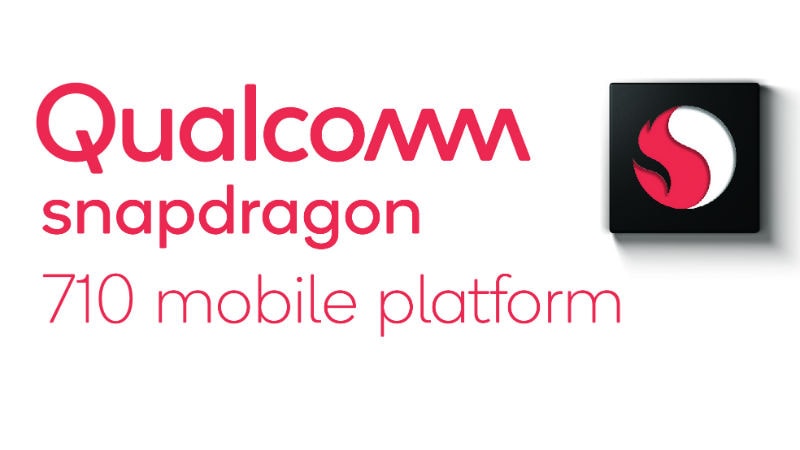 Qualcomm has announced an all-new Snapdragon 710 system-on-chip (SoC) mobile processor that is more powerful than the Snapdragon 660 SoC, but not as capable as the top-end Snapdragon 845 processor. This is the first model in the new Snapdragon 700 Mobile Platform series Qualcomm had unveiled at the Mobile World Congress in February 2018. The new Snapdragon range is designed to offer features and performance that were previously exclusive to the premium Snapdragon 800 series. The Snapdragon 710 is the first mobile platform in the new 700-tier portfolio. As per an earlier report, Xiaomi may adopt the processor in two of its upcoming smartphones. The Snapdragon 710 is currently available to Qualcomm's customers such as mobile manufacturers and other device manufacturers, and consumer-ready products are expected in the second quarter of 2018.

Qualcomm is touting similar promises with the Snapdragon 710 that it first showcased when it announced the lineup. The processor is said to deliver up to twice the overall performance improvements in AI applications, as compared to Snapdragon 660 SoC. It utilises AI capabilities to capture and share contextually-aware images and videos and personalise voice and speech patterns for more natural interactions. The Snapdragon 710 Mobile Platform's architectures such as Qualcomm Hexagon DSP, Adreno Visual Processing subsystem, and Kryo CPU, leverage heterogeneous computing to run on-device AI applications more efficiently now.

In terms of display features, the Snapdragon 710 SoC supports with 4K HDR playback for viewing HDR videos and apps. This is a new feature for processors other than the Snapdragon 800 SoC series. It also brings more brightness, wider colour gamut, and colour depth to the Snapdragon 710.

Qualcomm says that because of improvements in the Adreno 616 Visual Processing Subsystem architecture, Snapdragon 710-based handsets can expect to see up to 40 percent reduction in power consumption for both gaming and 4K HDR video playback, as well as a 20 percent reduction in power consumption when streaming video, when compared to Snapdragon 660-based smartphones. Also, the new Kryo 360 architecture, built on ARM Cortex technology, is optimised to support up to a 20 percent boost in performance, 25 percent faster Web browsing and 15 percent faster app launch times, the company claims. The Snapdragon 710 SoC comes with Qualcomm Quick Charge 4+ technology, device users can get a 50 percent battery charge within 15 minutes, says Qualcomm.