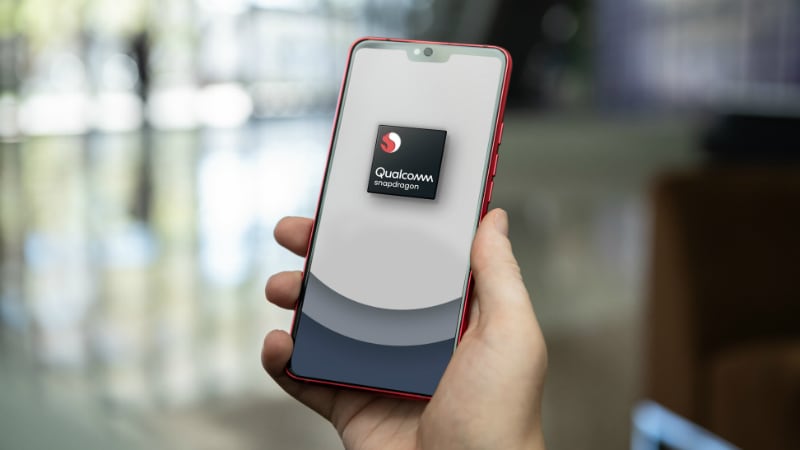 In the new range of Qualcomm Snapdragon SoCs, the Snapdragon 665 SoC comes as the most inferior option. The chip, however, does include many upgrades over the Snapdragon 660. Qualcomm has provided a Kryo 260 CPU with four performance and four efficiency cores. There is also Adreno 610 GPU along with the Vulkan 1.1 graphics driver, Qualcomm aptX Adaptive Audio and Aqstic to boost gaming experiences.

Qualcomm has provided its Spectra 165 ISP that enables support for triple camera setup and brings AI support to enable features such as scene recognition and auto adjustments like HDR. The chip also enables features including hybrid autofocus, optical zoom, zero shutter lag, and the ability to capture as large as 48-megapixel images.

For onboard AI experiences and enabling features like 3D Face Unlock, the Snapdragon 665 SoC has a third-generation Qualcomm AI Engine. There are also Qualcomm Hexagon 686 DSP and Qualcomm HVX to offer advanced imaging and computing results. Moreover, the San Diego-based company claims that the built-in technologies on the Snapdragon 665 SoC are engineered to deliver up to two times faster on-device AI processing compared to its previous generation.

Based on 11nm FinFET process technology, the Snapdragon 665 SoC also has X12 LTE modem that is claimed to deliver download speeds up to 600 Mbps. The chip also has integrated 802.11ac Wi-Fi support and Bluetooth v5.0 with proprietary enhancements, including TWS+ earbud support and Tx Broadcast audio. Furthermore, it comes with Qualcomm Quick Charge 3.0 fast charge technology.

Unlike the Snapdragon 665 SoC that would mainly cater to the market of budget smartphones, Qualcomm's new portfolio has the Snapdragon 730 SoC for new mid-range handsets. The Snapdragon 730 SoC brings some of the technologies that were previously exclusive to the Snapdragon 8xx series. There is a fourth-generation Qualcomm AI Engine that provides on-device interactions for gaming, voice, and security. The new AI Engine works alongside the Qualcomm Hexagon 668 CPU that has a Hexagon Tensor Accelerator for dedicated AI processing. The latest combination enables support for most of the popular frameworks.

The Snapdragon 730 SoC is based on an 8nm process and comes with a Kryo 470 CPU that includes two performance and six efficiency cores. The CPU is also touted to uplift the performance by 35 percent. For an enhanced graphics experience, the new Snapdragon SoC has Adreno 618 GPU alongside features such as true HDR mobile gaming with 10-bit colour depth and Vulkan 1.1 graphics. There are also both Qualcomm aptX Adaptive audio and Qualcomm Aqstic audio technologies.

Qualcomm has given a Spectra 350 ISP on the Snapdragon 730 SoC that comes with a dedicated Computer Vision (CV) ISP. This mix is touted to deliver up to 4x overall power saving in the computer vision area over the previous generation ISP. The chip is also designed to offer 4K HDR videos in Portrait mode to bring a bokeh effect not only to still shots but also to high-quality videos. Plus, there is HEIF format support that is promised to store photos and videos at half of the file size to what was available on the previous-generation Snapdragon SoC.

The Snapdragon 730 SoC also comes with the X15 LTE model that is touted to provide download speeds up to 800Mbps. Further, the chip is Wi-Fi 6-ready. It also comes with Qualcomm Quick Charge 4+ technology.

Qualcomm Snapdragon 730G SoC
Qualcomm's bouquet this time also includes the Snapdragon 730G SoC that is specifically designed to deliver an enhanced gaming experience. While it shares most of the specifications of the regular Snapdragon 730 SoC, the gaming-centred chip also has various advancements to meet the demands of aspiring mobile gamers.

The Snapdragon 730G is touted to deliver up to 15 percent faster graphics rendering over the Snapdragon 730 SoC, thanks to its overclocked Adreno 618 GPU. Qualcomm also claims that the new SoC model can offer true HDR gaming with over 1 billion shades of colour. Similarly, the chip has a Jank Reducer feature that is claimed to reduce janks by up to 90 percent in games running at 30fps. There are also Anti-Cheating Extensions and a Wi-Fi Latency Manager to provide gamers with smooth gameplay while on-the-go.

Qualcomm has also provided support for a QHD+ display to support high-end mobile games on new gaming smartphones. Furthermore, there are improvements such as support for Cinemagraph, lower-power voice activation, and HD super slow-motion video recording at 960fps.

"The Qualcomm Aqstic audio codec is virtually always on and has been trained to listen for certain hot words on the audio codec DSP, we support two simultaneous hot words at ultra-low power consumption. We've also made targeted improvements and added AI elements to Snapdragon's low power audio subsystem(LPASS) to make it smarter and recognize your voice even better," a Qualcomm spokesperson told Gadgets 360 in an email statement.

Qualcomm is also using dedicated Voice Assistant Accelerator hardware to run its voice processing software, including echo cancellation and noise suppression. Besides, there is a Qualcomm Voice Activation that is claimed to enable devices to hear and understand users even under noisy conditions.