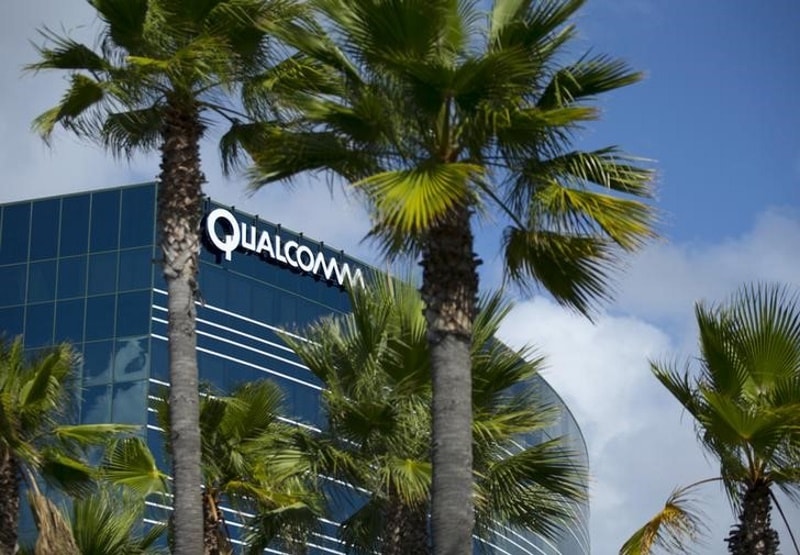 At MWC Shanghai 2017, Qualcomm announced a host of new offerings, the most notable being the Snapdragon 450 Mobile Platform meant for mid-range smartphones and tablets. The chip brings upgrades over the Snapdragon 435 SoC in terms of battery life, imaging, and gaming performance as well. Alongside, the company also announced the new Snapdragon Wear 1200 platform and even highlighted the new Xiaotiancai Z3 kid smartwatch based on Snapdragon Wear 2100.

Starting with the new Snapdragon 450 Mobile Platform, the SoC sports an octa-core ARM Cortex-A53 CPU chips built on the 14nm FinFET process that results in 25 percent increase in compute performance compared to its predecessor Snapdragon 435. Additionally, the integrated Adreno 506 GPU delivers a 25 percent increase in graphics performance over the Snapdragon 435. The Snapdragon 450 is claimed to offer up to 4 hours more battery life than its predecessor as well as up to a 30 percent reduction in power consumption when gaming. It supports LTE Cat. 6 connectivity with its Snapdragon X9 LTE modem, up to full-HD+ (1440x2160 pixels) resolution, USB 3.0, and Quick Charge 3.0 (zero to 80 percent in about 35 minutes) as well. It also comes with support for a large number of mobile networks with Snapdragon All Mode, and 802.11ac with MU-MIMO support.

Qualcomm also notes that this is the first chip in the Snapdragon 400 Mobile Platform tier to support real-time Bokeh. This means that portrait mode could arrive on mid-range smartphones as well, and real-time Bokeh will allow you to just see exactly how your photo looks before taking the picture. It is also designed to support for enhanced dual camera at two 13-megapixel sensors, or single camera support up to 21-megapixel; hybrid autofocus; and 1080p video capture and playback at up to 60fps, enabling slow motion capture. The Snapdragon 450 also includes support for Qualcomm Hexagon DSP, which is claimed to enable multimedia, camera, and sensor processing at greater performance and lower power than the previous generation.

A new wearable chipset – Snapdragon Wear 1200 – was also launched at MWC Shanghai. Successor to the Snapdragon Wear 1100, the chip is meant for Internet-connected wearables, fitness bands, as well as tracker bands for kids, pets, and elders. The size of the chip is 45 percent smaller (79mm) than the predecessor and it supports LTE Cat. M1/NB1 connectivity that allows low-power wearables to enable 4G without using too much battery power. Location features include support for GPS, GLONASS, Gallileo and BeiDou constellations, low power geo-fencing, and Qualcomm Technologies’ cloud based location services with comprehensive global terrestrial positioning using Wi-Fi and cellular service.

The Snapdragon Wear 1200 also features an integrated applications processor for Linux and ThreadX based applications and is scalable to support voice over LTE, Wi-Fi, and Bluetooth. It comes with Qualcomm Secure Execution Environment, a hardware cryptographic engine, hardware random number generator and TrustZone for privacy and security. The Snapdragon Wear 1200 is shipping today, and devices with this chip will arrive in the market in the last two quarters.

Qualcomm also announced the Xiaotiancai Z3 smartwatch for children running on Snapdragon Wear 2100. One of its key features is that it is swimming-level waterproof, supports 4G multi-mode with bi-directional calling and delivers reliable indoor and outdoor positioning through a combination of Wi-Fi, GPS and 4G location triangulation techniques. The Z3 is based on Android, and is designed to seamlessly communicate with parents’ phones for constant know-how of kids’ whereabouts. The Xiaotiancai Z3 is expected to be available in China in July.

SNES Classic Mini Looks Great, but Will You Be Able to Buy It?