Qualcomm 215 SoC projected to will power Android smartphones between $75-120. 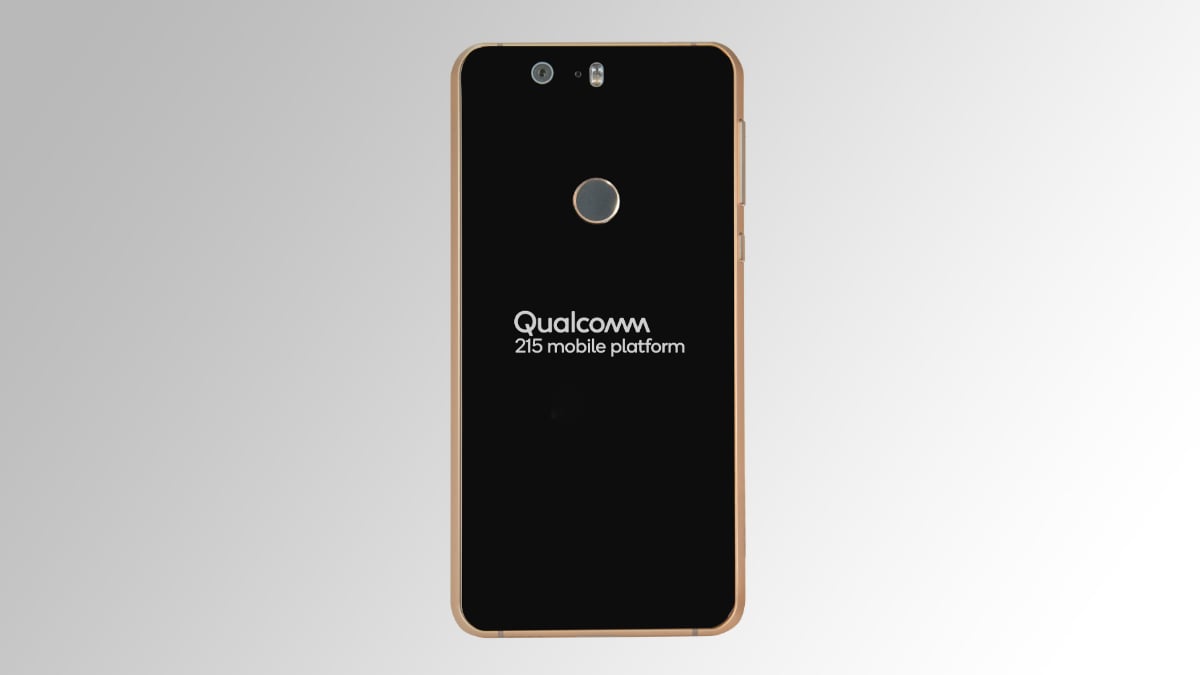 Qualcomm on Tuesday announced the Qualcomm 215 Mobile Platform as its newest System-on-Chip (SoC) in its 2-series - the company is no longer calling it the Snapdragon 200-series. The latest SoC is specifically designed for budget smartphones and is the successor to the Snapdragon 212 that the San Diego-based company launched back in August 2015. It is touted to be the first in its range to come with a 64-bit CPU and support dual cameras. Qualcomm has also offered its Snapdragon X5 LTE modem on the Qualcomm 215 SoC to enable dual VoLTE connectivity. Similarly, the Qualcomm 215 is the first in the Snapdragon 200-series to support 64-bit Android platform as well as 64-bit apps. The chipset is also capable of hosting NFC-based payments.

Claimed to offer up to 50 percent faster performance, the Qualcomm 215 SoC is based on a new 64-bit architecture that has four ARM Cortex-A53 cores at a maximum clock speed of 1.3GHz. There is also an Adreno 308 GPU that is rated to boost the gaming performance by up to 25 percent from the predecessor. Manufacturers can opt for LPDDR3 RAM of up to 672MHz and 3GB capacity. Further, the chipset supports eMMC 4.5 and SD 3.0 (UHS-I) storage.

In terms of connectivity, Qualcomm has provided the Snapdragon X5 LTE modem alongside support for LTE Cat 4. There is also an integrated Wi-Fi 802.11ac with MU-MIMO. Other connectivity options include Bluetooth v4.2, GPS/ A-GPS, OTDOA, GLONASS, and Beidou.

Qualcomm has provided an integrated Hexagon DSP on the Qualcomm 215 SoC for audio and sensor processing. The DSP is also claimed to deliver a 5-day-plus music playback time. Furthermore, the SoC is rated to offer over 10 hours of video playback.

"We're raising the bar for mass market devices and enabling experiences that were never before possible in the 2-series," said Kedar Kondap, Vice President of Product Management, Qualcomm Technologies, in a statement.

The company says that the Qualcomm 215 SoC is targeted at Android smartphones between $75-120 (roughly Rs. 5,100-8,200). Moreover, commercial devices with the new SoC will debut later this year.