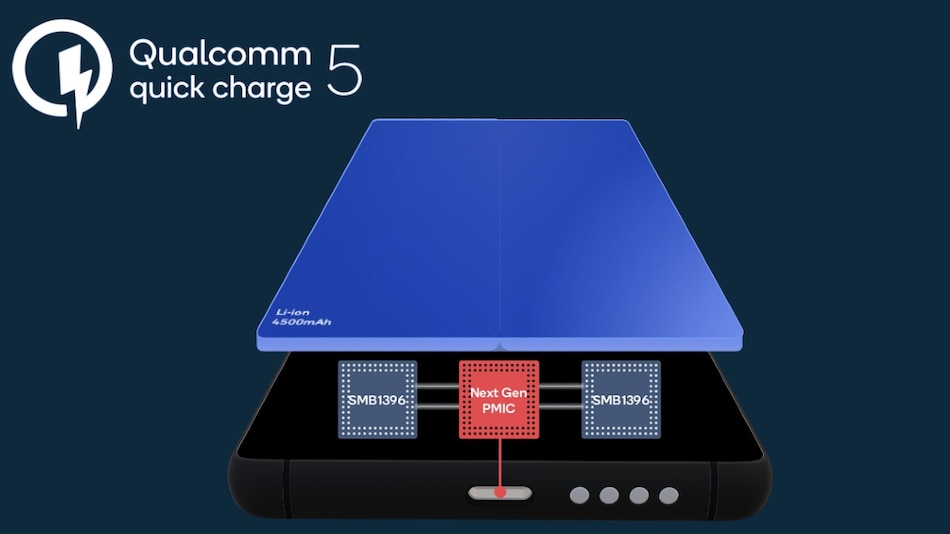 Qualcomm today unveiled Quick Charge 5 as its new fast charging technology that is touted to charge devices from 0 to 50 percent in just five minutes. As a successor to Quick Charge 4+, unveiled back in June 2017, the new fast commercial charging technology is claimed to offer up to 10 percent cooler yet up to four times faster and up to 70 percent more efficient experience. It also supports 2S battery packs and is optimised for both USB Power Delivery (USB-PD) and USB Type-C technologies. Quick Charge 5 is currently in its testing phase, though devices based on the new technology are expected to debut starting the third quarter of this year.

Qualcomm's Quick Charge 5 will compete against Oppo's 125W Flash Charge technology that was unveiled earlier this month — which claims to charge a 4,000mAh battery in just 20 minutes. Realme also recently brought its 125W UltraDART fast charging technology that seems to be a rebranded version of the Oppo offering.