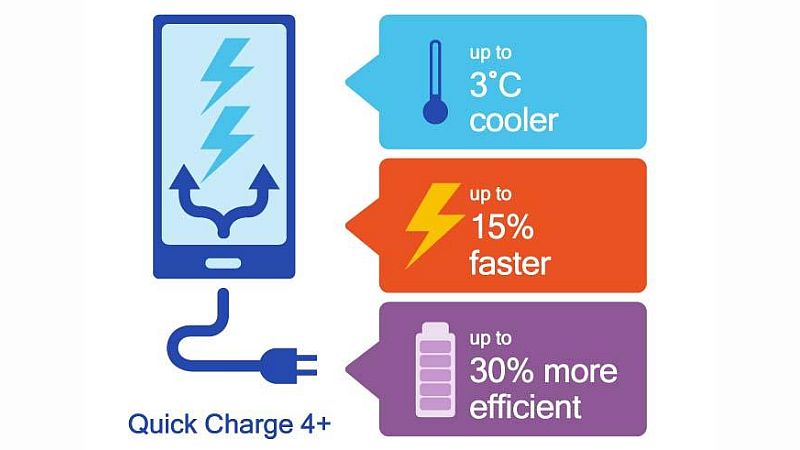 It brings Dual Charge, a feature already available in earlier versions, with some upgrades as it will include a second power management IC in the device. This is expected to manage lower thermal dissipation and reduced charging time. Second feature is Intelligent Thermal Balancing which has been developed to eliminate hot spots for optimised power delivery. Lastly, the Quick Charge 4+ brings improvements to the already existing built-in safety protocols. Quick Charge 4+ has been designed to monitor both the case and connector temperature levels simultaneously. This will mean that the new Quick Charge version can help against overheating and short-circuit or damage to the Type-C connector.

Apart from these changes, the new Quick Charge 4+ has capability to charge up to 15 percent faster or up to 30 percent more efficiently when compared to Quick Charge 4.

Nubia Z17, is the first device featuring the new Quick Charge 4+. The smartphone packs a Qualcomm Snapdragon 835 processor, up to 8GB RAM, and up to 128GB storage.