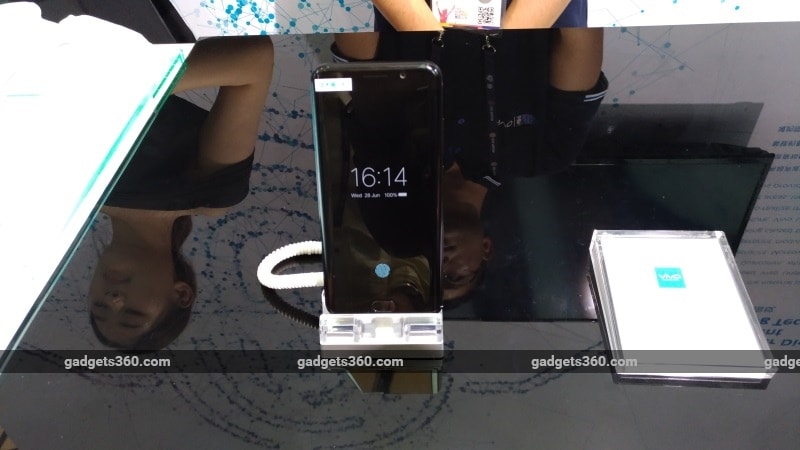 At Mobile World Congress Shanghai 2017, Qualcomm announced its new generation fingerprint sensors based on ultrasonic fingerprint technology, an upgrade over its Sense ID fingerprint technology. The sensors even unlock devices underwater, and work through displays. This last is especially pertinent in 2017, which both Samsung and Apple expected to release smartphones with fingerprint sensors embedded in their displays. Separately, the company also announced that its automotive platforms will be integrated in the infotainment system used inside upcoming vehicles manufactured by Chinese carmaker Geely.

First talking about the fingerprint scanning and authentication technology, Qualcomm says "The suite of features consists of sensors for Display, Glass and Metal, detection of directional gestures, and underwater fingerprint match and device wake-up."

Notably, this new generation of technology is the first commercially announced "integrated ultrasonic-based mobile solution" that can detect heart beat and blood flow for improved authentication, as per Qualcomm's claims.

Qualcomm Fingerprint Sensor for Display is capable of scanning through OLED display stacks of up to 1200 microns (micrometres), along with enrolling and matching, and Qualcomm Fingerprint Sensors for Glass and Metal can scan through up to 800 microns of cover glass and up to 650 microns of aluminium, the company said in its release. Comparatively, the previous generation was able to scan through up to 400 microns for both glass and metal.

Qualcomm says that in comparison to the previous generation, the new fingerprint solutions offer greater design flexibility to operators and OEMs. The Qualcomm Fingerprint Sensors for glass and metal are said to be available to OEMs this month, and will expectedly arrive with commercial devices in the first half of next year. On the other hand, Qualcomm Fingerprint Sensor for Display is expected to be available for OEMs in the fourth quarter of this year.

The company has said that it will be showcasing the new sensors for display and metal along with Vivo through a modified version of Vivo XPlay 6 smartphone at MWC Shanghai 2017.

Select Geely models also be making use of the Snapdragon 820Am variant of the platform with an integrated X12 LTE modem, supporting up to 600 Mbps downlink and 150 Mbps uplink speeds, the company said in its release. This solution has been designed specifically to provide "exceptional in-car cloud connectivity to support key features, such as over-the-air updates, navigation with real-time updates, news and local information, emergency assistance and diagnostics," Qualcomm said.