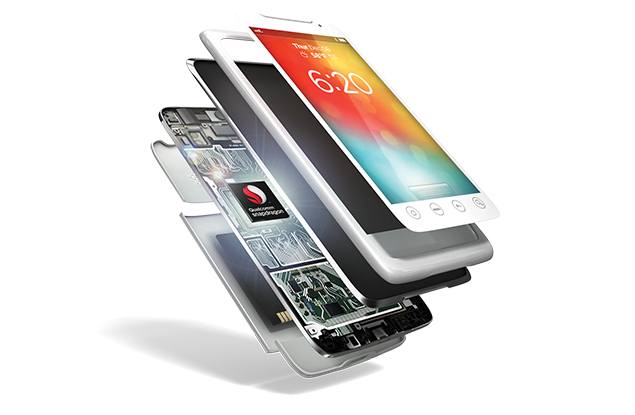 Mobile chip giant Qualcomm on Monday introduced two next-generation Snapdragon chips for smartphones and tablets, the Snapdragon 808 and Snapdragon 810. Both 64-bit Snapdragon processors bring improvements in low power consumption, processor performance, 3D rendering and LTE. Qualcomm says that the processors are anticipated to begin sampling in the second half of 2014 and will be available in commercial devices by the first half of 2015.

Both the processors are designed in 20nm technology node with fourth-generation Cat 6 LTE. Qualcomm refers to both designs as "multi-billion transistor" chips. 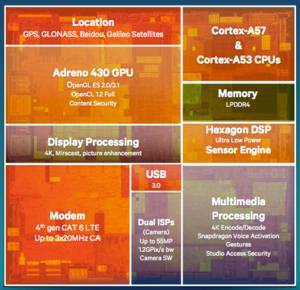 The Snapdragon 810 processor introduces high speed LPDDR4 memory and the company calls it the highest performing Snapdragon platform to date. It will come with Adreno 430, which Qualcomm claims is 30 percent faster than its predecessor the Adreno 420, and has been especially designed for 4K displays with external display support via HDMI 1.4.

On the other hand, Snapdragon 808 uses Adreno 418, which is 20 percent faster than the previous-generation Adreno 330 GPU and has been designed for 2K (2560x1600) display support. The Snapdragon 808 supports LPDDR3 memory.

During the MWC, Qualcomm had announced its mid-range 64-bit eight-core Snapdragon 615 that uses Adreno 400 GPU. Now with another 64-bit octa-core high-end Snapdragon 810, the company seems to have leaped ahead of Apple in 64-bit mobile chip development. The Apple A7 is a 64-bit system on a chip, which first appeared in the iPhone 5s.

"The announcement of the Snapdragon 810 and 808 processors underscore Qualcomm Technologies' continued commitment to technology leadership and a time-to-market advantage for our customers for premium tier 64-bit LTE-enabled smartphones and tablets. These product announcements, in combination with the continued development of our next-generation custom 64-bit CPU, will ensure we have a tremendous foundation on which to innovate as we continue to push the boundaries of mobile computing performance in the years to come," said Murthy Renduchintala, executive vice president, Qualcomm Technologies, Inc., and co-president, QCT.