New Qi Wireless Charging Technology Can Charge From a Distance 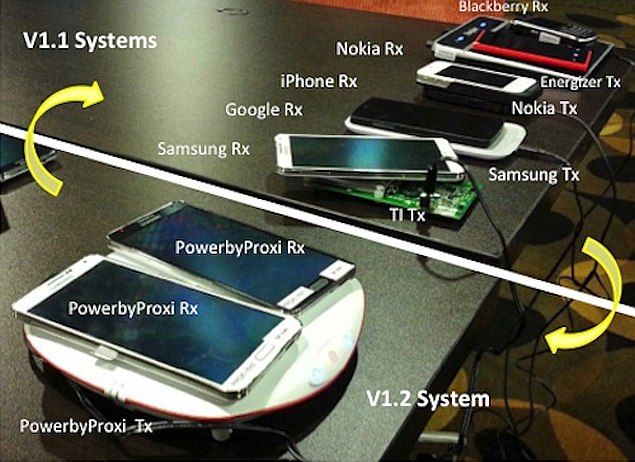 Current implementations of 'wireless charging' in smartphones and tablets are based on 'induction charging' technology, where the device needs to be sitting (or in direct contact with) on a charging pad to receive charge. This may soon change however, as the standard wireless charging specification, Qi, has introduced new 'resonant charging' technology, which can charging a device at a (admittedly very small) distance.

The Wireless Power Consortium (WPC), the group that defines the Qi wireless charging specification, on Thursday announced it is bringing the "integration of resonant charging into the already present inductive technology within the Qi specification."

The Qi v.1.2 specification is an upgrade to the existing Qi v1.1 specification by WPC. The company suggests that with the integration of resonant charging, the need of placing device on the charging pad will be eliminated and it will get charged from a distance too. It says that the using the prototype Qi v.1.2 specification, five partner companies are already demonstrating charging from 45mm (less than 5cm) away. Users will also be able to charge multiple devices using one source.

WPC has also said that the new standard is backwards-compatible with the Qi v1.1 specification, and most older devices running the new Qi v1.2 specification will be able to transmit charge as far away as 30mm.

"The WPC is committed to advancing a specification that offers the best user experience without sacrifices in critically important areas to consumers and businesses alike," said Menno Treffers, chairman of the WPC. "This means backward compatibility with products already in the market and maintaining high-efficiency even over greater distances."

Apart from the new progress, WPC is also working on enabling Qi wireless power transfers of up to 2,000 watts for kitchen applications.
Comments