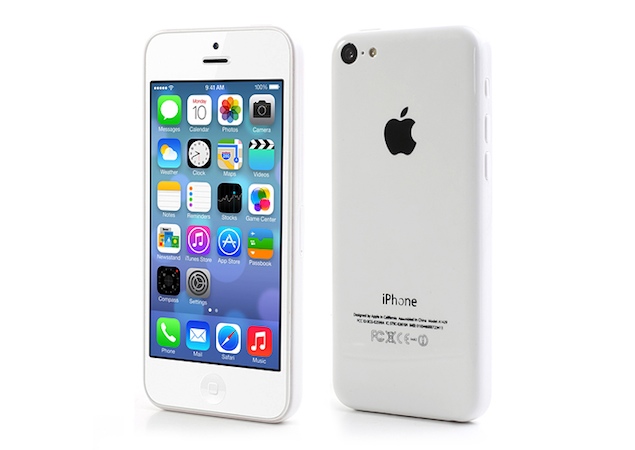 While the purported iPhone 5C, Apple's low-cost iPhone, has made several online appearances, including in some really high resolution pictures and videos that surfaced on the Internet, a website now claims to have published the official press shots of the phone.

Romania based publication, Mobilissimo.ro, claims that a Romanian retailer sent a couple of press shots of the iPhone 5C to the website.

The press photo features the White coloured variant of the iPhone 5C running iOS 7.The front panel is also in White unlike some previous leaks, while the back of the phone features the same plastic polycarbonate body panel that appeared in recent leaks, in glossy White, complete with a round camera lens and LED flash, Apple logo and iPhone branding.

The left-hand side of the phone features the same pill shaped volume rocker and mute keys that had appeared online, in a recent leak. These are also White in colour.

In addition to the press pictures, the site has also posted images of what the Romania-based dealer claims as iPhone 5C dummies placed in shop shelves till the actual phone arrives. The dummy features a White plastic power button. At the bottom of the dummy phone, there's a small hole for the second microphone, next to the 3.5mm headset jack port, two screw holes with the Lightning connector port at the centre, and four holes for the speaker towards bottom right. This is in line with the pictures that appeared recently on Sonny Dickson's website.

It's interesting to note that the low-cost iPhone has leaked several times but the pictures were of pre-production units and did not feature cut outs for the power and volume rocker keys.

Other alleged pictures of the iPhone 5C have revealed a plastic polycarbonate body back panel in White, Blue, Red, Yellow and Green colours. However, we've not heard much about the specifications of the phone till now.

Apple is expected to unveil the iPhone 5C along with the iPhone 5S, the next generation iPhone, on September 10 at an event in San Francisco. It's worth pointing out that Apple has not sent any invitations or announced an event officially, yet, though it typically sends out official invitations only a week before the actual event.
Comments