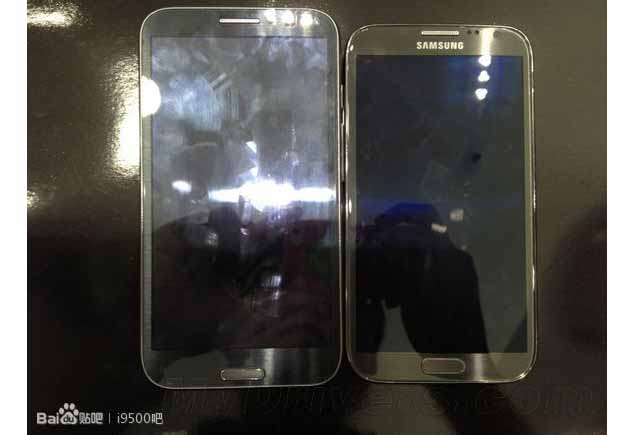 About a couple of years ago, when Samsung launched its first phablet in the form of Samsung Galaxy Note, no one had imagined the series would become as popular as it has become today.

It is a widely known fact that the Korean smartphone maker is currently working on the third iteration of the Note phablet. MyDriver has now posted a purported picture of the Galaxy Note III.

A couple of weeks back, SamMobile had reported that Samsung might be adopting a metal chassis for Samsung Galaxy Note III smartphone as the company is supposedly worried about the design and build quality of the next version of the Galaxy Note phablet.

The earlier reports also mentioned that Samsung Galaxy Note III will come with a 13-megapixel rear camera and will have even more software improvements and features than the Samsung Galaxy S4.

There were also speculations doing the rounds that Samsung might ditch AMOLED display in favour of plastic OLED for its next Galaxy Note offering.

As per earlier rumours, Samsung Galaxy Note III will be launched at IFA 2013. IFA 2013 will be organised between 6 to 11 September in Berlin (Germany). There were also news reports that suggested that Samsung will be deploying LCD screens made by Sharp for its Galaxy Note III.