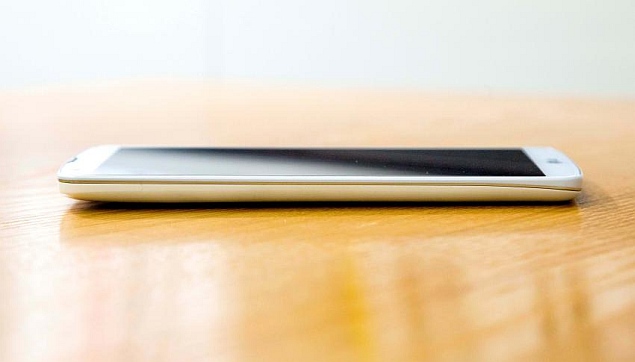 LG's much-anticipated smartphone and the announced successor to the Optimus G Pro, the LG G Pro 2, has been seen in two alleged images online.

The purported leaked images come from a Korean online forum, called DC Inside, which show a white-coloured handset's back and side view. The leaked images indicate ergonomics similar to the LG G2, especially regarding the placement of the camera, and the presence of rear buttons and curved edges.

The leaked images however, fail to reveal much of the specifications, but do show the existence of the rear-mounted button below the camera, similar to what we have already seen in LG G2. 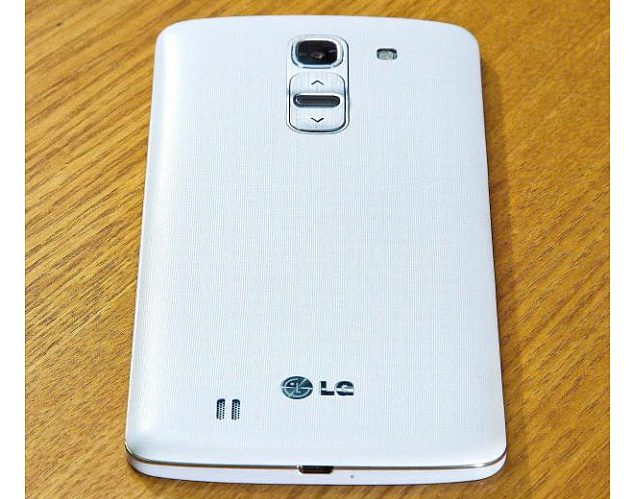 LG G Pro 2 will be announced next month at the Mobile World Congress 2014 event scheduled to be held in Barcelona. The company made the announcement on its social newsroom, but apart from the recently confirmed name, LG until now hasn't revealed any further details about the G Pro 2's specifications.

The yet-to-be-announced LG G Pro 2 is said to come with a 6-inch display size along with a full-HD (1080x1920 pixel) resolution. The smartphone is also said to be powered by the latest Qualcomm Snapdragon 800 processor, paired with 3GB of RAM, reports ET News. The previous rumoured specifications of the device indicated that the expected G Pro 2 would come with a 5.9-inch display with 1440 x 2560 QHD resolution.

Previous reports had hinted the handset will be equipped with a fingerprint sensor placed at the back panel of the device. However, these rumours will be discarded if the images leaked for the device are said to be valid.