The creator claims that the power bank can run TV, washing machine, and charge electric scooters too. 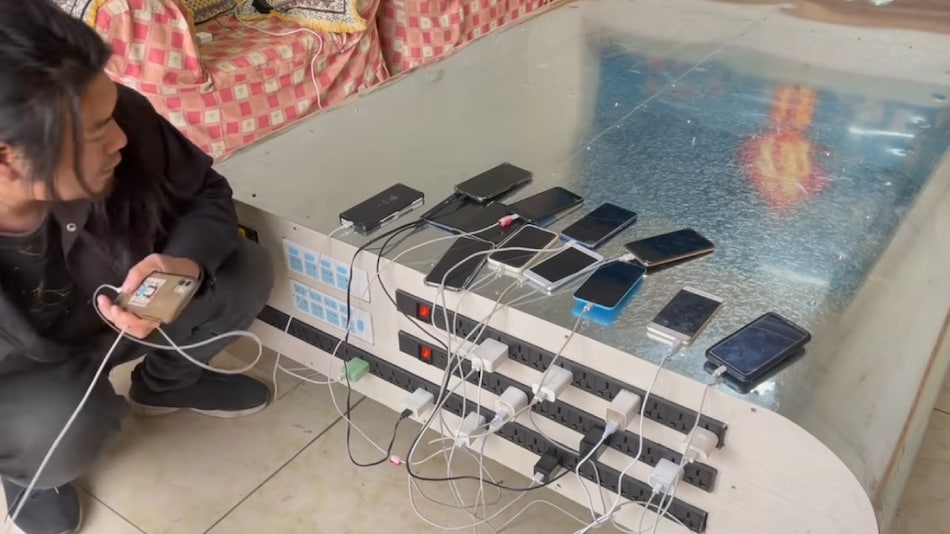 The powerbank is claimed to charge 5,000 phones with 3,000mAh batteries

Handy Geng, a Chinese electronics handyman and influencer, have created a massive power bank with 27,000,000mAh capacity. Geng posted a video on YouTube in January, where he detailed the process of building the power bank. He added a cheeky caption: "It seems everyone else has a bigger power bank than mine. I'm not so happy with that. So I made a 27,000,000mAh portable charger power bank."

A report by MySmartPrice stated that Geng estimates his power bank has the capacity to charge over 5,000 phones with 3,000mAh batteries. The innovator seems to have used a big battery pack that resembles the ones seen in electric cars.

The power bank measures 5.9x3.9ft. The huge device sports a protective frame and includes around 60 ports. It can support 220V electrical potential voltage through its output charging connectors. What's more? One can run major electronic items like TV, washing machines, and even charge electric scooters with this power bank.

Geng has attached wheels to the device for ease of transportation. It doesn't look much different from a standard power bank available in the market, only much bigger. While it's too big to carry around during travels, it does solve the problem of frequent power outages in homes.