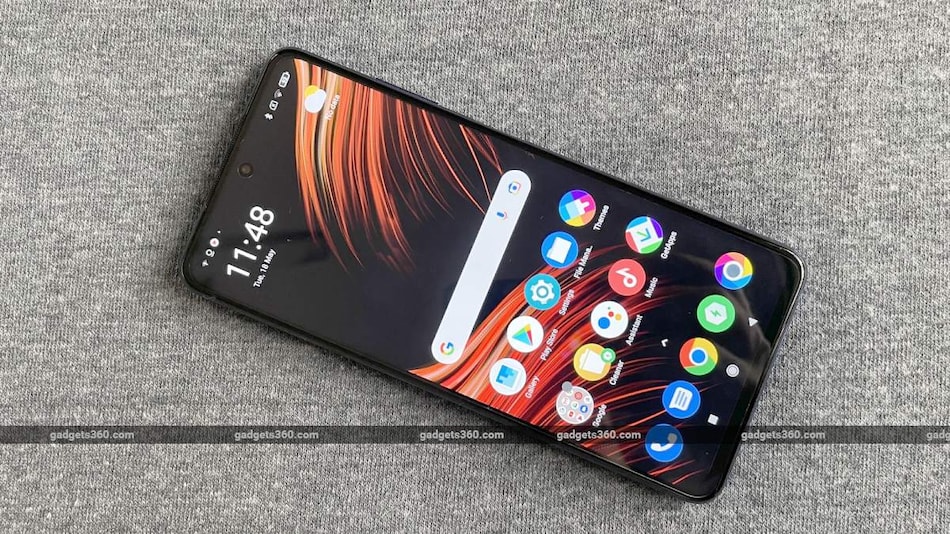 Poco X4 Pro 5G is said to be in the works. The Chinese brand is yet to reveal the launch schedule of Poco X4 Pro 5G, but specifications of the handset have surfaced online ahead of it. As per the leak, Poco X4 Pro 5G will come with a Qualcomm Snapdragon 695 SoC under the hood. It could sport a triple rear camera setup comprising a 64-megapixel main sensor. The upcoming Poco X series phone is said to feature a 5,000mAh battery with support for 67W fast charging. The phone may come as a successor to the Poco X3 Pro that was unveiled in March last year.

Known tipster Yogesh Brar (@heyitsyogesh) on Thursday tweeted the key specifications of Poco X4 Pro 5G. According to the tipster, the upcoming Poco phone will run on MIUI 13 based on Android 11 out-of-the-box. Poco X4 Pro 5G could feature a 6.7-inch full-HD+ AMOLED display with a 120Hz refresh rate. It could be powered by a Qualcomm Snapdragon 695 5G chipset coupled with up to 8GB of LPDDR4X RAM and up to 128GB of UFS 2.2 storage. According to the tipster, Poco X4 Pro 5G will come in two RAM and storage configurations — 6GB RAM + 64GB storage and 8GB RAM + 128GB storage.

As per past leaks, Poco X4 Pro is expected to come along with the rumoured Poco X4. The vanilla Poco X4 was earlier said to launch in India in the first quarter of 2022. It would be the successor to the Poco X3. The Indian variant of Poco X4 5G has recently been spotted on Geekbench suggesting that it could be powered by a Qualcomm Snapdragon 695 SoC, paired with 6GB of RAM.

As of yet, Poco has not confirmed the development of Poco X4 Pro 5G. So, this information should be considered with a pinch of salt.

Do Samsung's Galaxy S22 and Tab S8 series have any Android competition? We discuss this on Orbital, the Gadgets 360 podcast. Orbital is available on Spotify, Gaana, JioSaavn, Google Podcasts, Apple Podcasts, Amazon Music and wherever you get your podcasts.
Are Oppo's new flagship phones any good? We discuss this on
Affiliate links may be automatically generated - see our ethics statement for details.