Poco X3 GT has been launched in Malaysia and Vietnam. The smartphone, a rebrand of the Redmi Note 10 Pro 5G, packs a 5,000mAh battery. 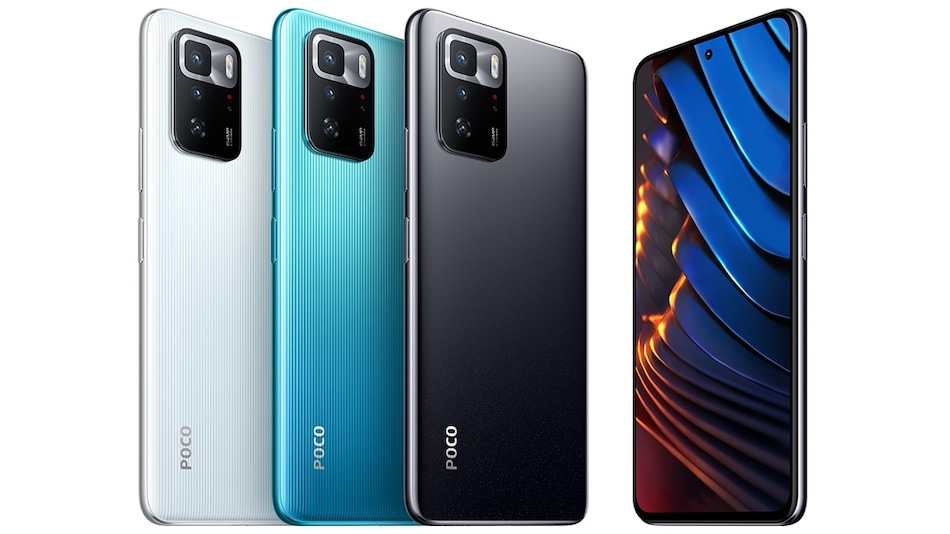 Poco X3 GT on Wednesday was launched in Malaysia and Vietnam, a rebrand of the Redmi Note 10 Pro 5G that was launched in China back in May. On Thursday, a spokesperson for the company revealed the model will not be making its way to India. The Poco X3 GT comes with impressive specifications especially for the price. It is offered in two RAM and storage configurations as well as three colour options. The Poco X3 GT packs a triple rear camera setup and a hole-punch cutout for the selfie camera. It is powered by an octa-core MediaTek SoC and comes with a large battery that supports 67W fast charging.

Connectivity options on the Poco X3 GT include 5G, Wi-Fi 6, Bluetooth v5.2, GPS, and a USB Type-C port for charging. Sensors onboard include ambient light sensor, proximity sensor, and accelerometer, among others. There is a side-mounted fingerprint scanner as well. The Poco X3 GT packs a 5,000mAh battery with support for 67W fast charging. In terms of dimensions, the phone measures 163.3x75.9x8.9mm and weighs 193 grams. The phone also supports Dolby Atmos with its dual speakers.