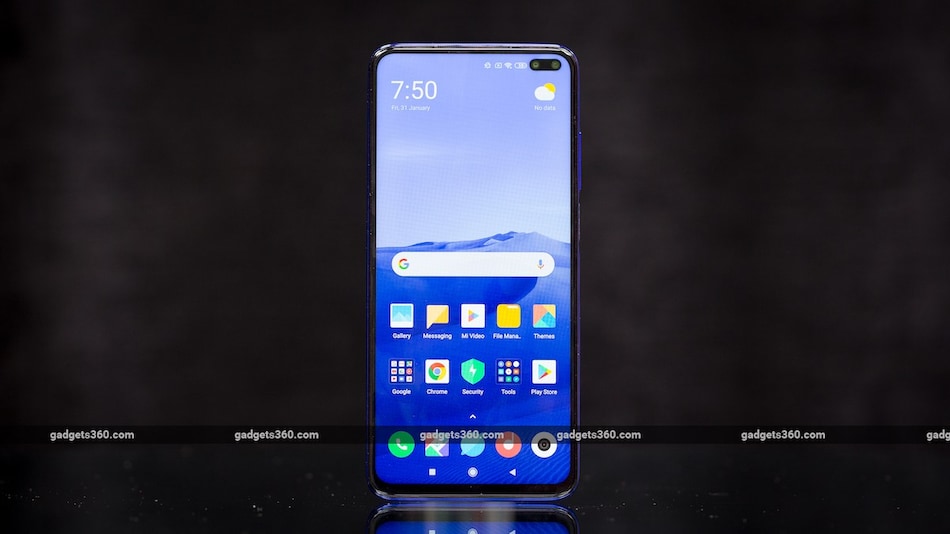 Poco X2 was launched in India in February last year

Poco X2 users in India are reporting problems with its camera, touch, and charging after updating to MIUI 12.5.6. The affected users have alleged in their complaints over social media that the camera of their Poco X2 handsets is not responding after installing the latest update. Some of them have claimed that their phone is no longer responding to touch inputs — and even resulting in slower charging in some cases — after updating to the new MIUI version. The MIUI 12.5.6 Global Stable release for the Poco phone was rolled out a few weeks back.

A number of affected users have taken to Twitter to inform Poco India about the issues they are facing after updating their Poco X2 to MIUI 12.5.6.

In some cases, the camera of the Poco phone is no longer working, according to user reports. Some users have also claimed that they are facing issues with its touchscreen and are even seeing slower charging.

sir i am using poco x2 near about 1.6 year date was 21march 2020. after updating 12.5.6 my phone camera dead after few weeks another issue showing that my poco x2 touch screen also dead. sir what should i do now #poco indian#poco supporter #poco company #dead issue poco x2 phone pic.twitter.com/MYRbttpvbe

My phone (POCO X2) After the update screen touch not working 😞 pic.twitter.com/WAGbFoSUQh

My poco X2 is not supporting turbo charge after miui 12.5.6 update . It's taking too long to charge.@IndiaPOCO @POCOSupport #poco

The official Poco Support account responded to some of the tweets raising complaints about the issues that emerged after installing the MIUI 12.5.6 update. It has, however, not yet provided any concrete details.

Some users reached out to Gadgets 360 to inform us about the issues. The users claimed that they tried restarting the phone and even clearing camera data and cache by going to the settings menu. Those efforts, however, have not apparently yielded any success for them.

So i warned every customer who thinking to buy #pocofraud phone should think once again cause we #pocox2 user are facing #pocox2cameradead issue just after warranty expires then it might be possible same happen to you also and poco demand 80% of your phone price.#boycottpoco

Gadgets 360 has reached out to Poco India for a comment on the matter and to understand the reported problems. This article will be updated once the company responds.

Interestingly, this is not the first time when the users are reporting issues with the Poco X2. The same model was earlier impacting users with a similar ‘camera not working' issue that Poco India itself acknowledged in June and claimed that less than 0.2 percent of the users were affected by the problem.

Chinese Mobile, Fintech Companies Said to Face Searches by IT Department Across India