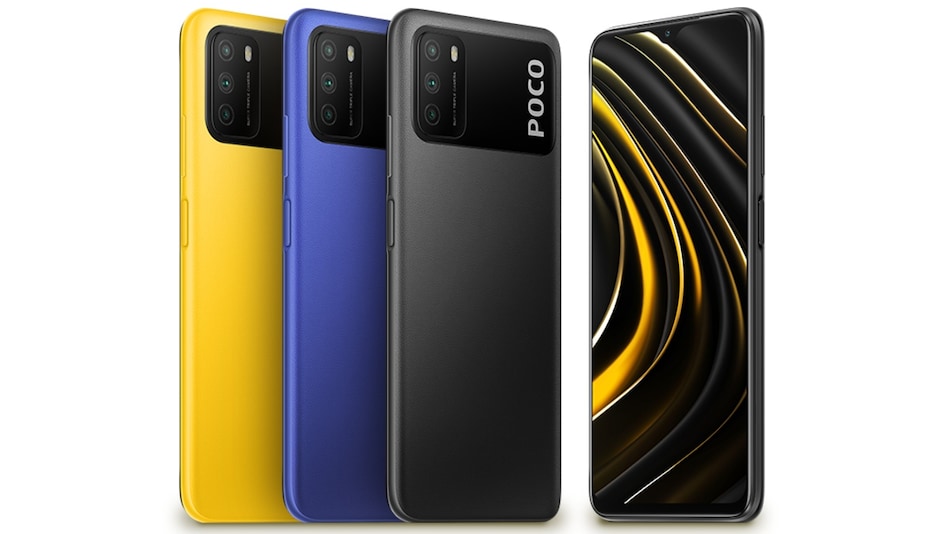 Poco M3 went on its first sale on February 9 and the company said that it sold over 150,000 units. The phone was launched in India on February 2 at a competitive price and the company has shared that over 30 lakh consumers had expressed interest in buying the Poco M3 in the first sale. The phone will go on sale again on February 16 at 12pm (noon) via Flipkart. The Poco M3 is offered in two RAM and storage configurations and three colour options.

Poco announced that over 150,000 units of the Poco M3 were sold during its first sale on February 9 through Flipkart. The phone was launched in India on February 2 at a starting price of Rs. 10,999 for the 6GB RAM + 64GB storage variant. It comes in Cool Blue, Poco Yellow, and Power Black colours. The company has also announced that the next sale will take place on February 16 at 12pm (noon) via Flipkart.

The dual-SIM (Nano) Poco M3 runs on Android 10 with MIUI 12 for Poco on top. It features a 6.53-inch full-HD+ (1,080x2,340 pixels) display with a 19.5:9 aspect ratio. Under the hood, the phone is powered by the octa-core Qualcomm Snapdragon 662 SoC, along with 6GB of RAM. For photos and videos, the Poco M3 packs a triple rear camera setup that includes a 48-megapixel primary sensor with an f/1.79 lens. The camera setup also carries a 2-megapixel macro shooter and a 2-megapixel depth sensor. For selfies and video chats, the Poco M3 has an 8-megapixel camera sensor with an f/2.05 lens.

The phone comes with up to 128GB of internal storage that is expandable via microSD card (up to 512GB) through a dedicated slot. Connectivity options include 4G VoLTE, Wi-Fi, Bluetooth, USB Type-C, and a 3.5mm headphone jack. It also includes an Infrared (IR) blaster. Poco has provided a 6,000mAh battery on the Poco M3 that supports 18W fast charging. The phone measures 162.30x77.30x9.60mm and weighs 198 grams.