A Xiaomi 21121210G phone believed to be the Poco F4 GT spotted on the Geekbench website. 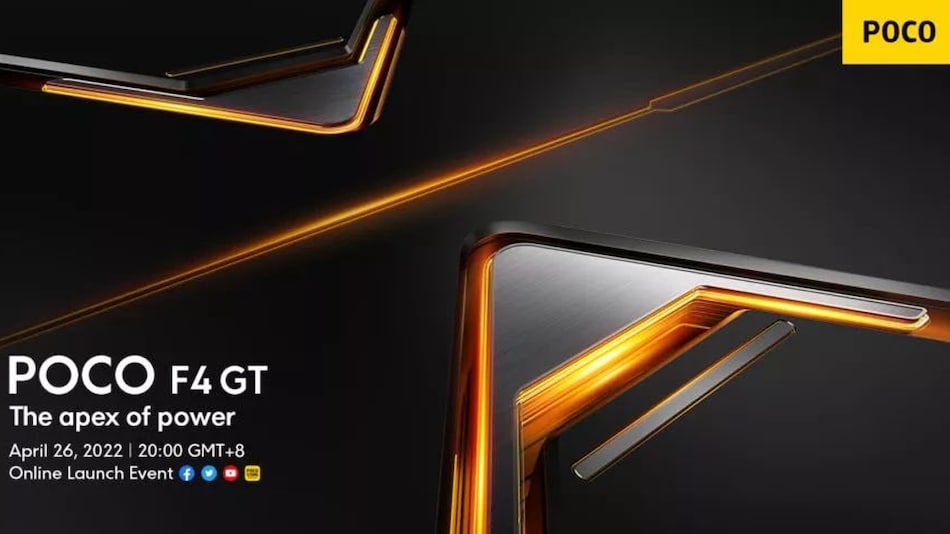 Poco F4 GT is all set to hit the global market on April 26. The new Poco phone will be launched through a virtual event that will be held on the company's official social media channels. The Redmi K50 Gaming Edition is largely being speculated to be rebranded as Poco F4 GT. The Redmi K50 Gaming Edition features a 120Hz refresh rate display, triple rear camera setup, and a 4,700mAh battery with 120W fast wired charging support. Separately, a Xiaomi smartphone with model number Xiaomi 21121210G appeared on the Geekbench benchmarking site. The listing is believed to be of the Poco F4 GT. The smartphone is shown with Snapdragon 8 Gen 1 SoC and 11GB RAM. Poco F4 GT will succeed Poco F3 GT.

The Poco F4 GT will be launched globally on April 26 at 8pm GMT+8 (5:30pm IST) at a virtual event streamed live via the company's YouTube, Twitter, and Facebook channels. The brand also reportedly started sending media invites for the launch. However, the price details and specifications of the upcoming phone are not known at this moment.

Separately, a Xiaomi smartphone has been spotted on the Geekbench website with model number 21121210G. The listing is thought to be of Poco F4 GT. The smartphone has scored 1,235 points in single-core testing and 3,555 points in multi-core testing. The listing suggests 11GB of RAM in the upcoming device. As per the Geekbench listing, the phone will run on Android 12 as well. As per the listing, an octa-core chipset with the codename 'taro' will power the phone. It shows a prime CPU core with a maximum clock speed of 3.0GHz, three cores capped at 2.50GHz and four cores capped at 1.79GHz. All these indicate the presence of a Snapdragon 8 Gen 1 chipset on the upcoming Poco F4 GT.

Poco F4 GT and Redmi K50 Gaming Edition will have identical specifications if the former is indeed a rebranded device.