Poco F3 GT will be powered by a MediaTek Dimensity 1200 SoC and feature a 120Hz display. 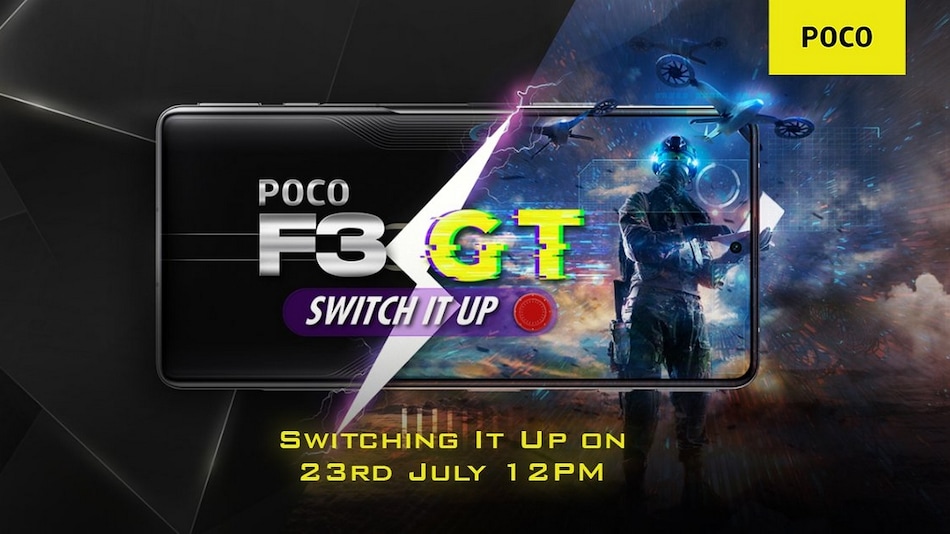 Poco F3 GT will launch on July 23 at 12pm (noon), the company has confirmed. The company has been teasing specifications of the upcoming phone and has now confirmed that the phone will get dual-stereo speakers with Dolby Atmos. Poco F3 GT is speculated to be a rebranded Redmi K40 Gaming Edition that launched in China in April as a gaming variant of the Redmi K40. The phone will also be the first under the Poco brand to come with a 120Hz refresh rate display.

Poco India has confirmed that the Poco F3 GT will launch on July 23 at 12pm (noon). The company will most likely host a virtual event that will be livestreamed on its social media channels including YouTube. The company has also shared that the phone has a “slipstream design” and an anti-fingerprint matte finish. The frame is made from aerospace-grade aluminium alloy and the phone has three styles of bevels. Poco F3 GT will come with dual-stereo speakers with support for Dolby Atmos.

Poco F3 GT was first teased in May and was said to arrive in Q3 2021. It was also confirmed to feature a MediaTek Dimensity 1200 SoC. Earlier this week, Poco India shared that the phone will be launched in Gunmetal Silver and Predator Black options. More recently, it confirmed that the Poco F3 GT will feature a 10-bit AMOLED display with a 120Hz screen refresh rate, HDR 10+, and DC Dimming.