The Pixel 4's white variant has a black camera module, but it is far from the two-tone design fans want. 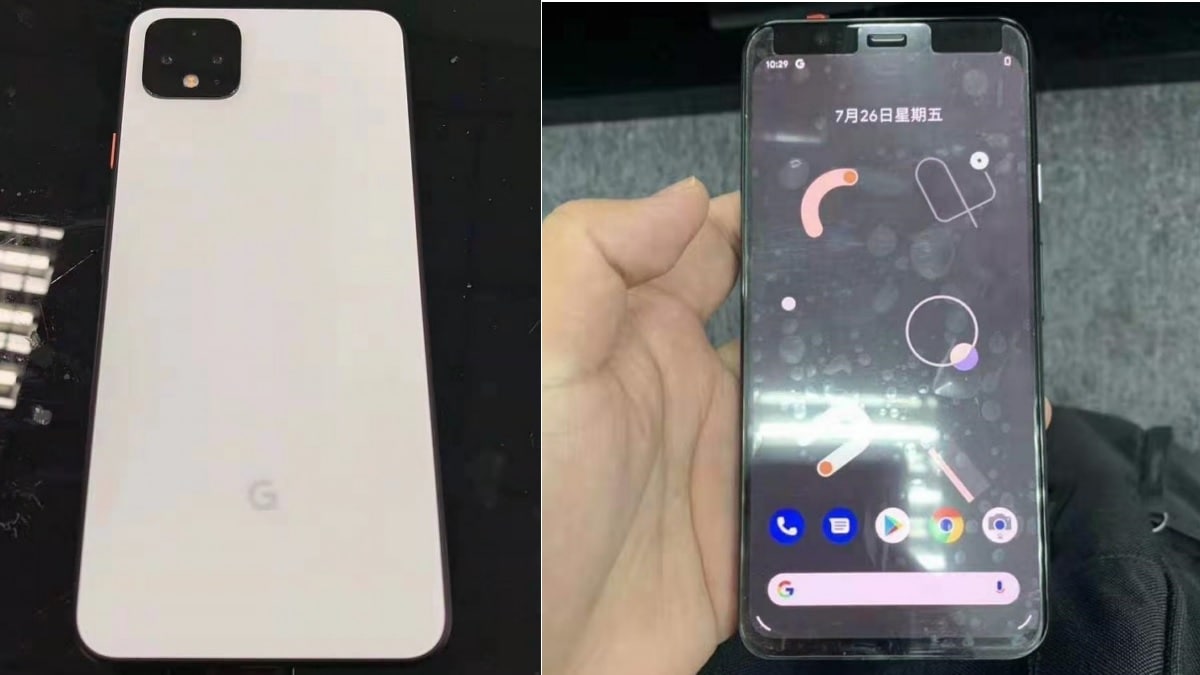 Camera performance is one of the headline features of Google Pixel phones. As per new leaks, the upcoming Pixel 4 duo will continue this trend with some notable camera enhancements such as 8x zoom support and a new “motion mode” for capturing images of moving objects with a blurry background. The vaunted Night Sight feature for low light photography is also tipped to receive an upgrade on the Pixel 4 pair. Additionally, a leaked image suggests that the Pixel 4 might bring 8x zoom support and will come equipped with 6GB of RAM, a notable upgrade over the 4GB RAM module inside its predecessor.

A 9to5Google report, citing information from a reliable authority, claims that the Pixel 4 will introduce a new camera feature called Motion Mode for action photography. This feature will reportedly allow Pixel 4 users to capture images of fast-moving objects by bringing them into focus while blurring the background elements for a dramatic effect, just like standalone cameras.

Moreover, the Night Sight mode has reportedly been improved on the Pixel 4, thanks to speed-related enhancements and general improvements. While it is not clear how image quality will be affected, but speed-related enhancements indicate that the image capture and/or processing time has been reduced. It is unclear whether the improvements will make their way to older Pixel phones.

The Pixel 4 is tipped to offer 8X zoom support, but it is unclear whether it will be lossless
Photo Credit: XDA-Developers

More Pixel 4 images and feature leaks have also surfaced online, courtesy XDA Developers. A new leak gives us a glimpse of the Pixel 4's white variant. The front has a familiar design with a thick top bezel housing the selfie camera and Soli radar sensors. Over at the back, the white panel's monotony is broken by the black camera module, but it is not clear whether the rear panel has a glossy or frosted finish like the Pixel 3. The design falls in line with what Google has already shown us via an official image.

Another hands-on image of the Pixel 4's camera UI shows a zoom slider maxed all the way to the 8x mark. The phone shown in the image looks like the Pixel 4 running Android 10, which is evident from the thin navigation bar at the bottom. While 8x zoom is certainly a welcome camera upgrade, it is not known whether it is optical, digital, or hybrid. It is also unclear how it will co-exist with the Super Res Zoom feature on the Pixel phones.

Another image allegedly shows a system resource information app running on Pixel 4. The app's UI clearly shows that the phone will pack 6GB of RAM, a major improvement over the Pixel 3 duo. Leaked specifications of the Pixel 4 and Pixel 4 XL that surfaced in July also mentioned that both the phones will come equipped with 6GB of RAM. The Pixel duo is tipped to pack a 12-megapixel primary sensor and a 16-megapixel telephoto lens.