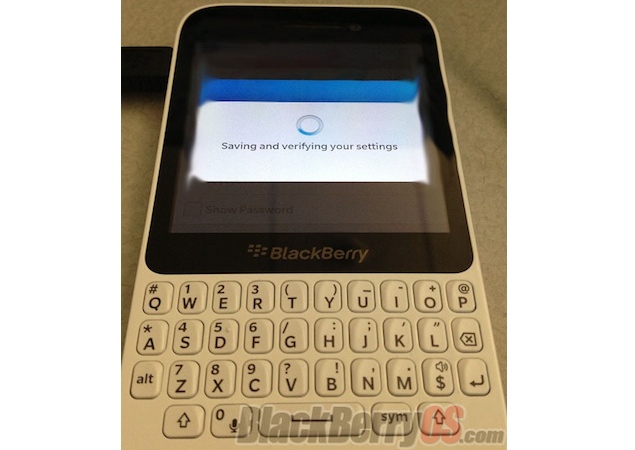 An image of a new BlackBerry device that has a hardware (QWERTY) keyboard and runs BlackBerry 10 OS has surfaced online on BlackBerryOS forums. The image of the device was posted by a user on a forum thread along with a claim that Blackberry was working on a curve-like model for BB10, under the R-series.

Just a day back, a sketch of the alleged R-series device also appeared online on BlackBerry Empire. The sketch displayed microSD and Micro-SIM card slots on the left side of the device.
The phone is expected to be a mid-range device, like other phones in the Curve series. It's rumoured to have 8GB of internal storage and an 1800mAh battery. The phone is expected to be priced between $300 and $400, as per the report.

BlackBerry has already launched the first device of the L-series, the Z10 which is a full-touch device running BlackBerry 10 OS. The company is expected to launch the second BlackBerry 10 device, the Q10, that sports a hardware keyboard, part of the N-series.

Last year, there was another rumour that BlackBerry would release six BlackBerry 10 devices.

It would be interesting to see BlackBerry's product strategy with BlackBerry 10, specially at a time when large screen phones or phablets and tablets are gaining popularity among consumers.  Also, the first two devices in the range are premium ones, so the company surely needs a more diverse line-up of products in terms of price points, if it wants to succeed. So we won't be surprised if the rumour turns out to be true.

BlackBerry had announced an unexpected quarterly profit on demand for the Z10, but revenue remained far below year-earlier levels. The smartphone maker had claimed that it had sold about 1 million of the new Z10 devices during the fourth quarter ended March 2. It shipped roughly 6 million smartphones in that period.