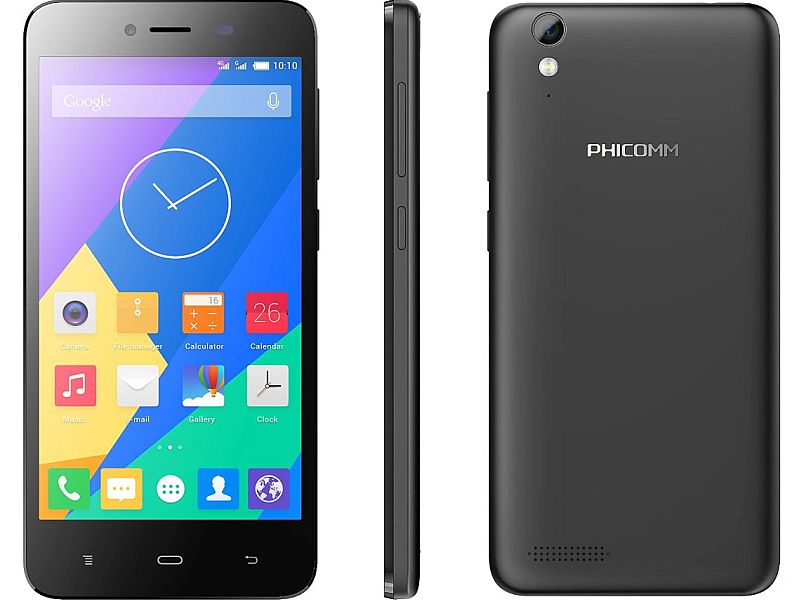 Phicomm, the Chinese smartphone brand, has launched its second handset, the Energy 653 in India. Priced at Rs. 4,999, the Phicomm Energy 653 smartphone will be available via Amazon India starting Monday.

The highlight of the Phicomm Energy 653 is that it supports both 1800MHz (Band 3) and 2300MHz (Band 40) LTE bands used by telcos to provide 4G services in India. At this price, the Phicomm's latest smartphone will be competing against the ZTE Blade Qlux 4G smartphone. Phicomm however is positioning the Energy 653 against popular sub-Rs. 10,000 handsets such as the Motorola Moto E (Gen 2) 4G and Lenovo A6000 Plus.

The Energy 653 smartphone supports dual 4G SIMs and runs Android 5.1 Lollipop-based Expect 5.0 UI. It comes with a 5-inch (720x1280 pixels) HD IPS display. It features rubber textured back panel. The smartphone is powered by a 1.1GHz quad-core Qualcomm Snapdragon 210 (MSM8909) processor coupled with 1GB of RAM. It comes with 8GB of inbuilt storage, which is further expandable via microSD card (up to 64GB). The handset sports an 8-megapixel rear camera with LED flash, while there is a secondary 2-megapixel front-facing camera also onboard.

On the connectivity front, the Phicomm Energy 653, apart from 4G, offers 3G, GPRS/ EDGE, Wi-Fi 802.11 b/g/n, Micro-USB, and Bluetooth options. The smartphone packs a 2300mAh battery. It measures 144x70x8mm and will be available in Black and White colours.

(Also see: China's Phicomm to Invest $100 Million in India on R&D and Marketing)

Announcing the new handset, Zheng Min, CEO of Phicomm said, "Phicomm Energy 653 is our second smartphone to release in India. Phicomm's strong in-house research and development team have created a powerful device exclusively for the Indian consumer. By market analysis and comparing consumer needs in India, Phicomm has built the Energy 653 to allow consumers to experience a robust smartphone for larger interactive and viewing experience."