Panasonic P81 Octa-Core Smartphone to Launch on Tuesday at Rs. 18,990 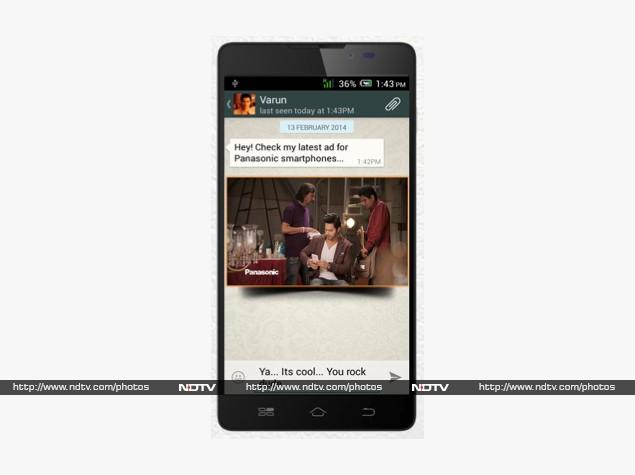 Panasonic on Tuesday teased the launch of its forthcoming octa-core smartphone, the P81, on Tuesday, and now NDTV Gadgets has learnt exclusive details about the specifications and pricing of the smartphone.

Panasonic P81 is powered by a 1.7GHz 'True Octa-Core processor'. While the source couldn't confirm the manufacturer of the chipset, there are enough indications in the specs - the 1.7GHz clock speed, the 'true octa-core' moniker and the price tag (see below) - that point to the presence of the MediaTek chip seen in other budget octa-core smartphones. The P81 comes with 1GB RAM and 8GB internal storage, expandable by another 32GB via microSD card.

The P81 is powered by a 2500mAh battery and, rather disappointingly, runs Android 4.2.2 Jelly Bean with Panasonic's own Play Life UI on top. Panasonic is hoping software features like Multi Play and Smart Ringer will help soften the blow of running a dated Android version. While Multi Play lets users run multiple apps side-by-side, Smart Ringer makes it easier to answer calls with a single hand.

The Panasonic P81 will be available in Black leatherette finish from retail stores starting Tuesday with a MRP of Rs. 19,990 and a best buy price of Rs. 18,990. The company is giving 'freebies worth Rs. 11,900' with the phone including a flip cover with screen guard, and various digital subscriptions from the likes of Evernote, Hungama, Readwhere, amongst others.