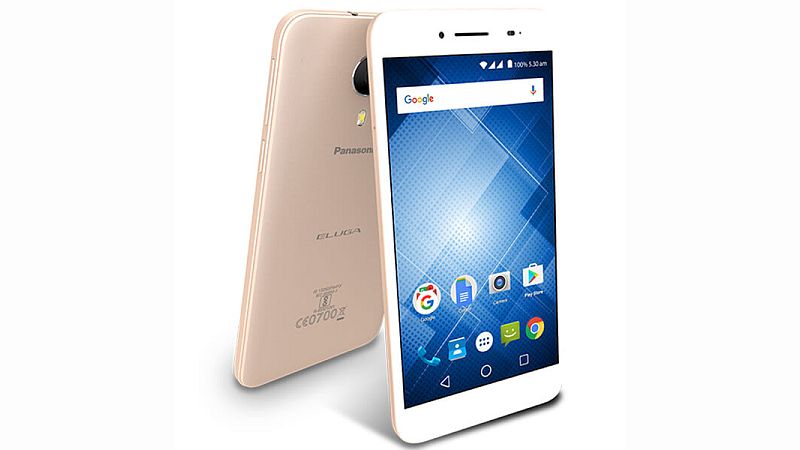 The nationwide rollout of Goods and Services Tax, or GST, on July 1 has brought a favourable impact on some smartphone prices in the country. Within just 2 days post-GST launch, Apple and Asus have already slashed prices of some of their devices. The third mobile company joining them is Panasonic, has also slashed prices on a number of its smartphones. While there is no official statement on the price cuts issued by Panasonic, Gadgets 360 has learnt that offline retailers have been informed of the revised pricing by the company.

Here are the revised, post-GST prices of the select Panasonic smartphones. Starting with Panasonic Eluga I2 1GB RAM variant, the smartphone will now be available at Rs. 6,490 instead of the earlier price of Rs. 7,290. Launched in 2015 at Rs. 8,290, its 2GB RAM variant is now cheaper by Rs. 1,000 and will retail at Rs. 7,290. The Panasonic Eluga I2 features a 5-inch HD (720x1280 pixels) IPS display with Oncell Touch technology, and is powered by a 1GHz quad-core processor (unspecified chipset) coupled with 1GB or 2GB of RAM. It houses an 8-megapixel rear camera with LED flash, while there is also a 2-megapixel front-facing camera with LED flash.

Next up is the Panasonic P88, which has received a price cut of Rs. 800 and will retail at Rs. 8,490 instead of the pre-GST price of Rs. 9,290. The Panasonic P88 is powered by a 1.25GHz quad-core processor coupled with 2GB of RAM. It comes with 16GB of inbuilt storage that is expandable via microSD card (up to 128GB). It has triple-LED flash module alongside the 13-megapixel rear camera, and an LED flash module accompanying the 5-megapixel front-facing camera.

Coming to the next smartphone, Panasonic Eluga A2 will now be available at a price of Rs. 8,990, which is Rs. 500 cheaper than its original Rs. 9,490 price at the time of launch in May last year. The Panasonic Eluga A2 is powered by a 1GHz quad-core SoC, coupled with 3GB of RAM. It sports an 8-megapixel rear camera with LED flash, and a 5-megapixel front-facing camera.

Another smartphone that has received a price cut is Panasonic Eluga Prim, which will now cost you Rs. 9,490 - versus the original launch price of Rs. 10,290. Panasonic Eluga Prim features a 5-inch HD (720x1280 pixels) display. It is powered by a quad-core processor clocked at 1.2GHz with 3GB of RAM, and 16GB of inbuilt storage which can be additionally expanded using a microSD card (up to 32GB).