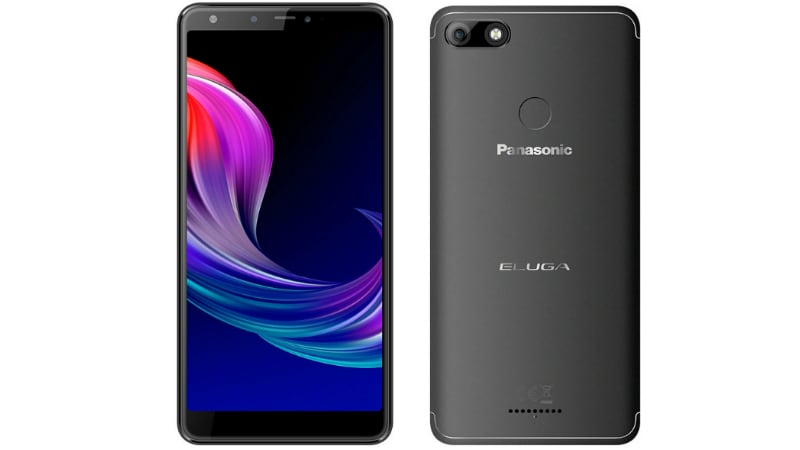 Panasonic Eluga Ray 600 will be available from October 11

Pankaj Rana, Business Head - Mobility Division, Panasonic India said in a statement, "We are glad to expand our big view series portfolio with the launch of Eluga Ray 600. Panasonic has always been known for innovation and technology, the new Eluga Ray 600 is meant to provide a powerful experience to our customers seeking high definition display, stylish looks and a battery that lasts over 24 hours! Eluga Ray 600 is equipped with Panasonic's in-house AI - Arbo Hub, our one stop app to make life easier. The sleek device is designed for the young audience who likes to enjoy technology with style"

As mentioned earlier, the Panasonic Eluga Ray 600 runs on Android 8.1 Oreo, and supports dual-SIM slots (Micro + Micro). The device features a 5.99-inch HD+ IPS Display, and is powered by a 1.3GHz MediaTek MT6739WA quad-core processor paired with 3GB of RAM. Inbuilt storage is set at 32GB with the option to expand further using a dedicated microSD card slot (up to 128GB).

As far as optics is concerned, the Panasonic Eluga Ray 600 sports a rear 13-megapixel autofocus sensor with flash and an 8-megapixel selfie sensor with flash support as well. Features like multiple camera modes, bokeh effect, and time lapse video with auto scene detection are included. The smartphone packs a 4,000mAh battery that claims to offer a day's worth of battery life. Connectivity options include Bluetooth v4.1, GPS, FM Radio, LTE, Wi-Fi 802.11 b/g/n, OTG, and Micro USB port. Sensors on board include accelerometer, proximity sensor, ambient light sensor, and supports Face Unlock as well.

The Panasonic Eluga Ray 600 measures 158.5x75.5x7.9mm, and it weighs 158 grams. It comes preloaded with an Arbo Hub app that comes as an AI-based app for services such as cab bookings, bill payments, news, cricket, and horoscope among others. There are over 20 apps on board for the Arbo Hub, including Uber, Ola, Newspoint, and MobiKwik.