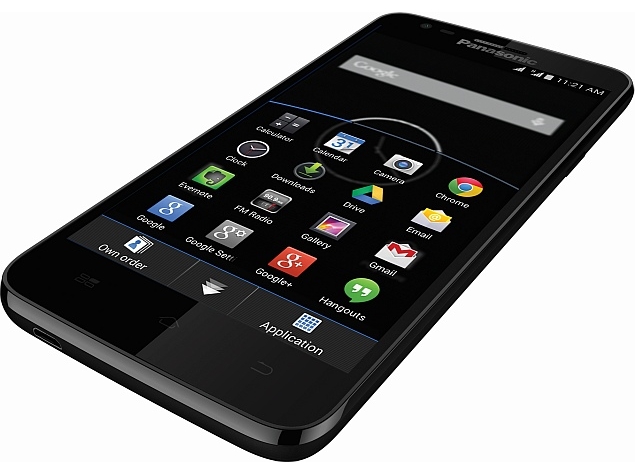 Panasonic India on Wednesday has made an addition to its Eluga series of smartphones in India, with the Eluga A. Launched at Rs. 9,490, the smartphone will be available to consumers starting Friday, August 15.

The smartphone comes with an 8-megapixel autofocus rear camera with LED flash. While Panasonic hasn't specified the resolution of the front camera, the smartphone is already listed by an online seller at a price of Rs. 9,920, and with a 1.3-megapixel front facing camera specified. The online retail listing also specifies a clock-speed of 1.2GHz for the Snapdragon 200 SoC.

The Eluga A is listed with 4GB of built-in storage that's expandable via microSD card (up to 32GB). The handset measures in 143.8x72x9.2mm and packs a 2000mAh Li-ion battery. Connectivity options on the Panasonic Eluga A include 3G, Wi-Fi, Bluetooth 3.0, and GPS.

"Through ELUGA, Panasonic will bring advanced technological innovations to the Indian smartphone users and with ELUGA A, we have successfully integrated into the premium gadget, advanced technology for audio enhancements, voice clarity, faster charging, longer battery life and local language features, in tune with the needs of the Indian consumer," said Manish Sharma, Managing Director, Panasonic India.

Panasonic recently revived its Eluga smartphones series with flagship device Eluga U in July, after it discontinued it in 2012.

The dual-SIM Panasonic Eluga U runs Android 4.4.2 KitKat out-of-the-box, and features a 5-inch (720x1280 pixels) IPS OGS display. It is powered by a 1.2GHz quad-core Qualcomm Snapdragon 400 processor coupled with 2GB of RAM. It boasts of a 13-megapixel autofocus rear camera with LED flash, and a 2-megapixel resolution front-facing camera. The smartphone features 16GB of built-in storage that's expandable via microSD card (up to 32GB).