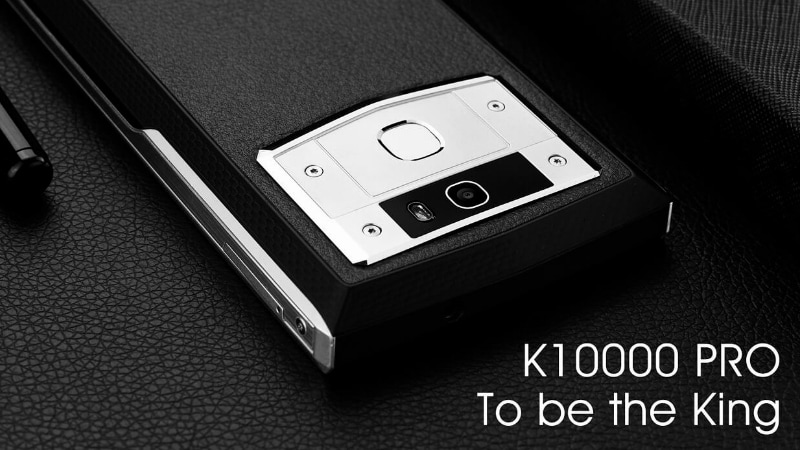 Chinese company Oukitel came into the limelight in 2015 when it announced its smartphone K10000 with a humongous battery capacity of 10000mAh. Now, a fresh report claims that the company is gearing up to launch the K10000 Pro, and it will arrive in markets as soon as early June.

The Pro variant will keep the battery at 10000mAh, but will bundle a 12V/2A flash charger, that will fully charge the phone in just about three hours. Android Headlines reports that the K10000 Pro sports a 5.5-inch (1080x1920 pixels) display with Corning Gorilla Glass Protection. The original variant had a 720p display and no Gorilla Glass protection. There's also an upgrade in processor with the Oukitel K10000 Pro being powered by the 1.5GHz MediaTek MT6750T octa-core SoC paired wth 3GB RAM. Storage offering has also bumped up to 32GB internally, while the weight of the Pro variant has been reduced by 27.5 grams, compared to the Oukitel K10000. The Oukitel K10000 Pro weighs 292.5 grams.

In October last year, Oukitel was also rumoured to launch another device - the K10000S. This smartphone is touted to get a thinner design and a faster processor. The processor on Oukitel K10000S is expected to be upgraded to Mediatek Helio P20 from Mediatek MT6735 SoC on its predecessor. There's little else that is known about the device as of now.

For now, the Oukitel K10000 Pro is expected for a launch in June, and the teaser image shared alongside has the tagline 'To be the King' alongside. It shows a fingerprint scanner at the back, something that was not present in the Oukitel K10000 variant. The device is said to sport a back fabric covering with metal edges.