Oppo Reno Z looks identical to the Oppo PCDM10 that was recently spotted on TENAA. 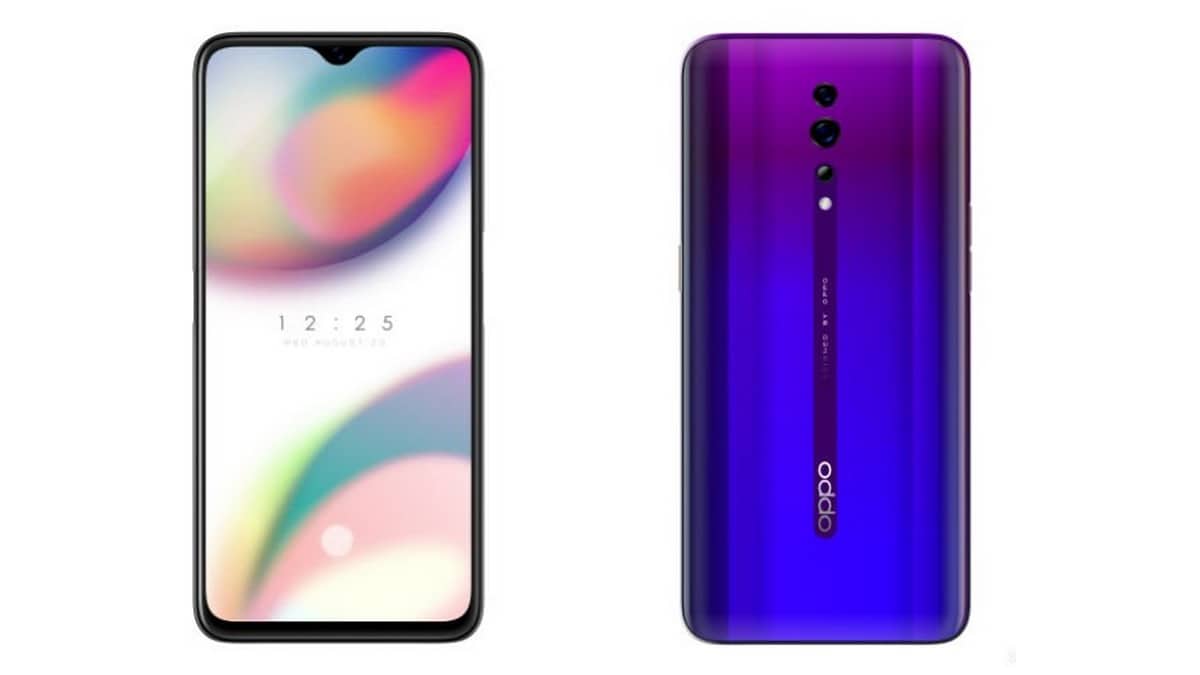 Oppo Reno Z is tipped to come in a total of four colour options.

Oppo is reportedly planning to launch a new phone in the new Reno series called the Oppo Reno Z. Alleged press renders and key specifications of the upcoming Oppo Reno Z have surfaced online. Going by the leaked specifications, the Oppo Reno Z appears to be a high-end phone, while its design looks a lot like the standard Oppo Reno that was launched a few weeks ago. As per the leaked specifications, the Oppo Reno will be powered by the octa-core MediaTek Helio P90 SoC clocked at 2.2 GHz, paired with 6GB of RAM. In the imaging department, the phone is tipped to pack a 48-megapixel main camera. Separately, Oppo VP Brian Shen teased the launch of a 'cool' new phone for H1 2019, but it is uncertain which smartphone he's referring to.

The Oppo Reno Z, despite carrying the Reno moniker, appears to skip on the signature side-swivel pop-up front camera on the Oppo Reno, as the leaked renders show the phone with a teardrop notch housing the front snapper. A closer look at the screen shows a fingerprint pattern logo, which suggests that the phone will pack an in-display fingerprint sensor, a fact which is also evident by the lack of a physical fingerprint sensor on the phone's rear panel or edges.

The alleged Oppo Reno Z renders, which come courtesy of Slashleaks, show the phone flaunting a gradient finish with tones of blue and purple, while a vertical strip with the Oppo branding runs across the middle of the rear panel, just like recently launched Oppo Reno. The leaked specifications say that the phone will pack dual rear cameras, but the image shows three sensors, with the third one above the LED flash appearing to be a ToF camera.

Talking about the internal hardware, the Oppo Reno Z is tipped to draw power from the MediaTek Helio P90 processor paired with 6GB of RAM. A few of days ago, tipster Sudhanshu Ambhore tweeted an image of a phone - which looks identical to the Oppo Reno Z press renders - claiming it to be the first phone to come equipped with the MediaTek Helio P90 SoC. He also told us that the phone in question might well be the Oppo PCDM10 that was spotted on TENAA earlier this month.

As for the rest of the specifications, the Oppo Reno Z is tipped to sport a primary 48-megapixel rear camera assisted by a 5-megapixel depth sensor, while selfies will be handled by a 32-megapixel front camera. The display is touted to be a 6.4-inch full-HD+ AMOLED panel with a resolution of 2340x1080 pixels that will be kept lit by a 3,950mAh battery, but there is no word on support for wireless charging.

The upcoming Oppo phone is tipped to offer 256GB of internal storage and will reportedly be priced at CNY 2,699 (roughly Rs. 27,600). The dimensions and weight of the Oppo Reno Z are tipped to be 157.3x74.9x9.1 mm and 186 grams respectively, while the software part is handled by Android Pie. There is no word as to when the Oppo Reno Z will go official. The Oppo Reno Z was reportedly listed for a brief span on China Telecom's website, which also revealed that the phone will be available in Star Purple, Extreme Night Black, Coral Orange, and Bead White colour options.

Additionally, Oppo's VP Brian Shen has teased a new phone coming out of Oppo's stables. However, it is not clear whether the Oppo executive was talking about the Oppo Reno Z or the Oppo K3 whose key specifications and pricing recently surfaced online.