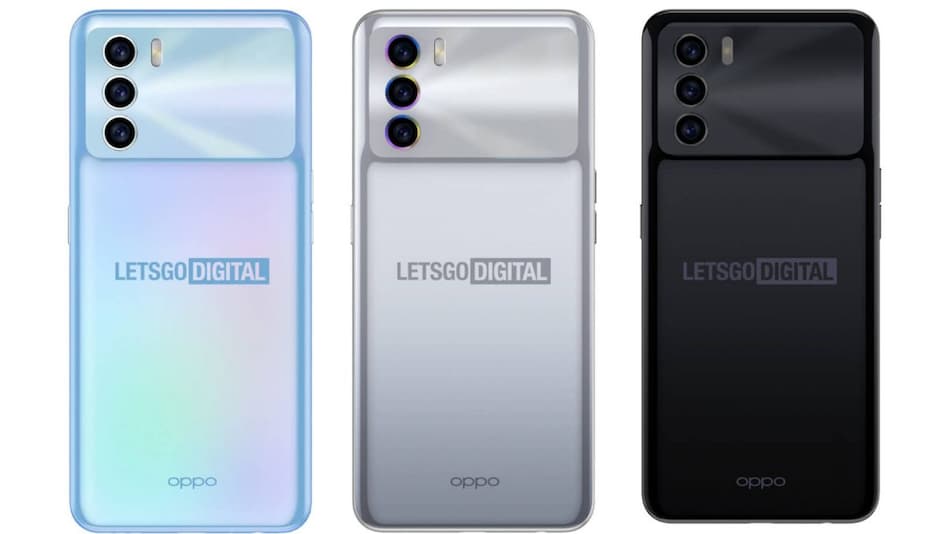 Oppo Reno 8 series is tipped to debut this year

Oppo Reno 8 series renders have surfaced online. Ahead of any official announcement, the renders of a yet-to-be-announced Oppo Reno 8 series handset have been leaked. The images of the upcoming Oppo Reno 8 phone shows the design and a few specifications of the handset. However, it isn't clear if the renders belong to the vanilla Oppo Reno 8 or the premium Oppo Reno 8 Pro. The images are said to be based on Oppo's patent images and suggest a triple rear camera unit. Oppo unveiled the Oppo Reno 7 series in China in November last year and it is yet to launch globally.

The renders of the Oppo Reno 8 series handset were shared in a LetsGoDigital report (in Dutch). As mentioned, the images are said to be product images from a patent design that Oppo submitted in China. According to the report, the handset will come in Black, Blue, and Silver gradient colour options.

The leaked renders show a hole-punch design to house the selfie shooter. A power button is seen placed on the right spine of the smartphone. The renders show volume rockers along with a SIM slot placed on the left spine. The renders of the Oppo Reno 8 handset further show a triple rear camera unit which looks similar to Oppo Reno 6 Pro. The handset is seen featuring a massive camera module to house the rear cameras as well as the LED flash. While it isn't clarified if the renders belong to Oppo Reno 8 or Oppo Reno 8 Pro, the report does says that the latter will be a premium offering from the company, which is apparent from the moniker.

However, Oppo is yet to officially reveal any details about the Reno 8 series, so this report should be considered with a pinch of salt.