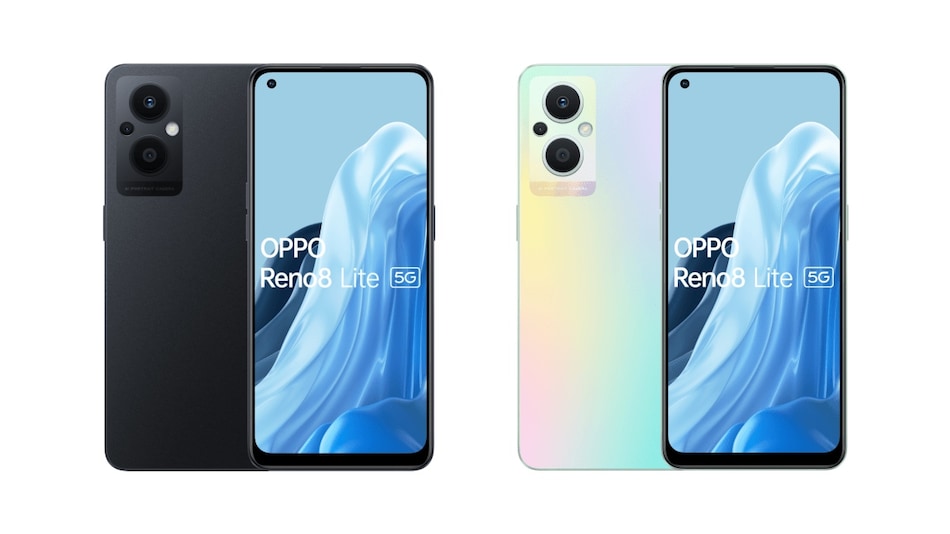 Oppo Reno 8 Lite 5G appears to be soon arriving in Europe after its key specifications and design details were recently leaked. This smartphone could essentially be a rebranded version of the Oppo Reno 7 Lite 5G as it is tipped to boast a similar design and specifications. The rumoured Reno 8 Lite 5G is expected to be powered by a Snapdragon 695 SoC paired with 8GB of RAM. This smartphone could feature a 4,500mAh battery with 33W fast charging support.

According to a new WinFuture report, the Oppo Reno 8 Lite 5G is said to sport a similar design to the Oppo Reno 7 Lite 5G that was recently launched in April. The new images appear to be similar to the recently leaked concept renders. It is depicted to feature a hole-punch slot on the top left corner of its flat screen. The power button appears to be on the right side with the volume rockers on the left. On the bottom side, it is indicated to feature a USB Type-C port and a 3.5mm audio jack. It is said to arrive in Black and Rainbow colour options.

The Oppo Reno 8 Lite 5G is likely to feature an octa-core Snapdragon 695 SoC. It is said to sport a 6.43-inch AMOLED with a full-HD+ (2,400x1,080 pixels) resolution. The smartphone is expected to run Android 11 with a ColorOS skin on top. It will reportedly pack 8GB of RAM and 128GB of onboard storage. The phone is also tipped to get a microSD card slot for expanding storage.

For optics, the Oppo Reno 8 Lite 5G could feature a triple rear camera setup headlined by a 64-megapixel primary sensor with phase-detection autofocus technology. It could sport a 16-megapixel selfie camera on the front. The smartphone is expected to get Bluetooth v5 and NFC connectivity options. The handset is likely to pack a 4,500mAh battery with support for 33W fast charging.