Oppo Reno 7 Pro was launched in China in November. 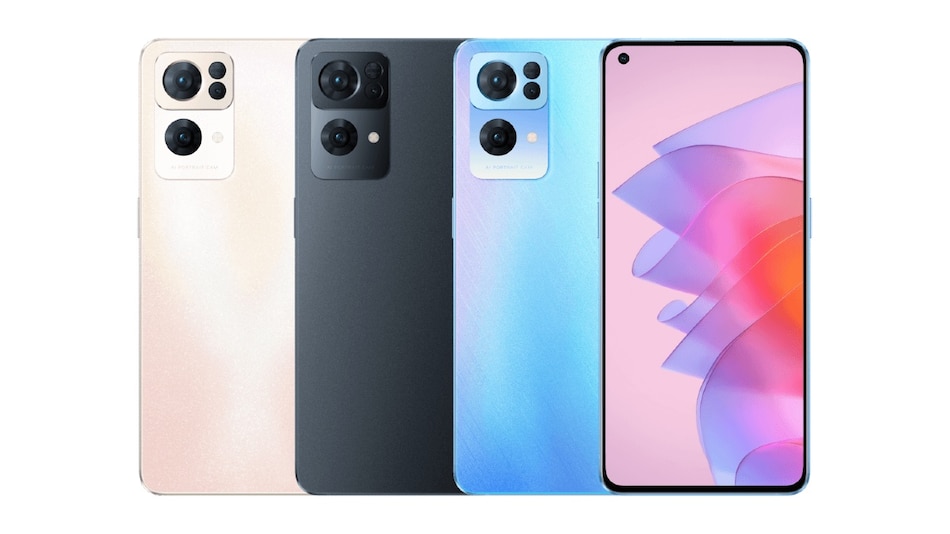 Oppo Reno 7 Pro was launched in China in November. Now, a listing of the phone has been spotted on Google Play Console, which suggests that a global rollout could be imminent. It confirms some key specifications of the global variant of Oppo Reno 7 Pro. The handset has been listed to pack the MediaTek MT6893 chipset, commonly known as MediaTek Dimensity 1200. It also suggests that Oppo Reno 7 Pro will launch globally with a 12GB RAM variant.

The global variant of Oppo Reno 7 Pro was first spotted on Google Play Console by tipster Mukul Sharma. The handset mentioned on the website is powered by the MediaTek Dimensity 1200 SoC, paired with an ARM Mali G77 GPU and 12GB of RAM. Its display has a resolution of 1,080x2,400 pixels. It is listed to run on Android 11. However, Oppo Reno 7 Pro's global variant is expected to operate on Android 12-based ColorOS 12. Oppo has recently made the ColorOS 12 update available to its predecessor Oppo Reno 6 Pro.

Oppo Reno 7 Pro's remaining specifications are expected to be similar to the Chinese version. It has a 6.55-inch full-HD+ AMOLED display with a refresh rate of 90Hz. The display features an under-display fingerprint sensor. The handset also supports face unlocking technology. Its triple rear camera setup is highlighted by a 50-megapixel primary sensor, paired with 8-megapixel and 2-megapixel secondary sensors. Oppo Reno 7 Pro is equipped with a 32-megapixel selfie camera at the front. It packs a 4,500mAh battery which supports 65W fast charging. This 5G-enabled smartphone also offers Bluetooth v5.2 connectivity.