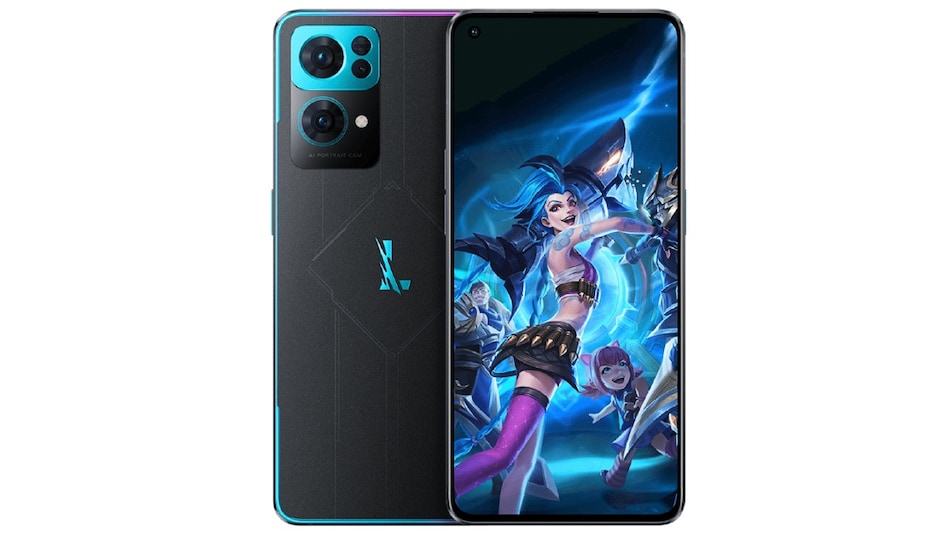 Specifications-wise, the Oppo Reno 7 Pro League of Legends Edition is identical to the regular Reno 7 Pro that was launched in China last month. This means that you are getting a 6.55-inch full-HD+ (1,080x2,400 pixels) AMOLED display with a 20:9 aspect ratio and a 90Hz refresh rate, octa-core MediaTek Dimensity 1200-Max SoC, and 12GB of LPDDR4X RAM. The phone also has a triple rear camera setup with a 50-megapixel Sony IMX766 primary sensor fitted with an f/1.8 lens. The camera setup also includes a wide-angle shooter and a 2-megapixel macro shooter. Further, the phone has 256GB of UFS 3.1 storage and packs a 4,500mAh battery with 65W fast charging support.

However, the Oppo Reno 7 Pro League of Legends Edition has a list of visual changes over its original variant. The smartphone comes in a matte finish design and a unique frame that shifts colour accents. The colour-shifting characteristic is also a part of the camera module to attract League of Legends fans.

The new Oppo phone comes in a distinct packaging that includes League of Legends-inspired goodies, including lanyards and stickers. The phone also has preloaded content that is available on top of ColorOS 12.

5G Wireless Use Could Prompt Flight Diversions, US FAA Warns