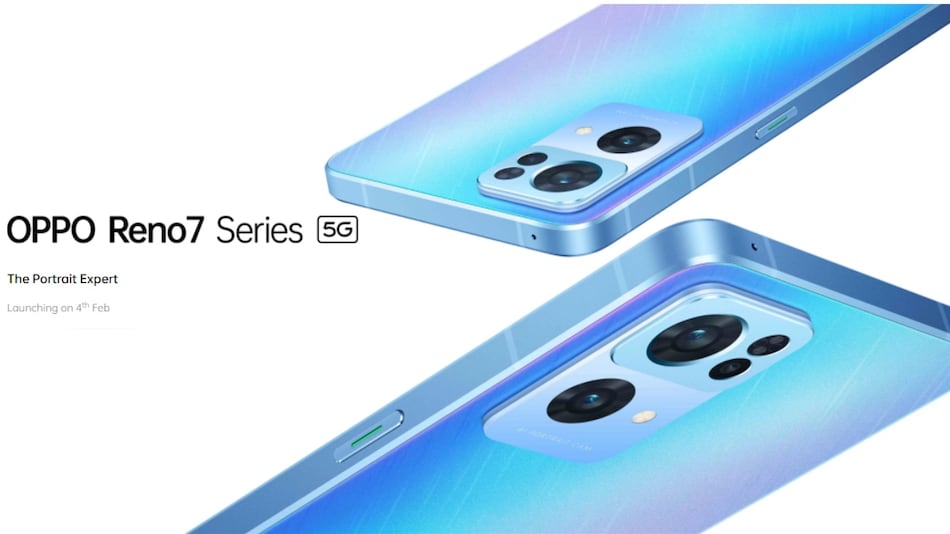 Oppo Reno 7 series India launch has been confirmed to take place on February 4, Oppo confirmed on Twitter and its official website. The Oppo Reno 7 series is likely to comprise Oppo Reno 7 5G, Oppo Reno 7 Pro 5G, and Oppo Reno 7 SE 5G. It was launched in China last year, followed by some special edition handsets. Meanwhile, the details about these Oppo phone lineup such as the price and sale have been leaked on the Internet.

As per a tweet by Oppo India and a listing on the company's official website, the Oppo Reno 7 series will launch in India on February 4. The details about the price, variants, and sale are not revealed by the Chinese company, however, two tipsters have revealed the alleged price and sale date of the smartphone series.

The Oppo Reno 7 series was launched in China last year. While the Oppo Reno 7 5G is powered by the Qualcomm Snapdragon 778G SoC, the Pro model gets the MediaTek Dimensity 1200-Max SoC under the hood.

Meanwhile, tipster Yogesh Brar also claims that Oppo is also carrying out closed testing for its Find X5 series in India. The lineup is tipped to launch in India sometime in March.