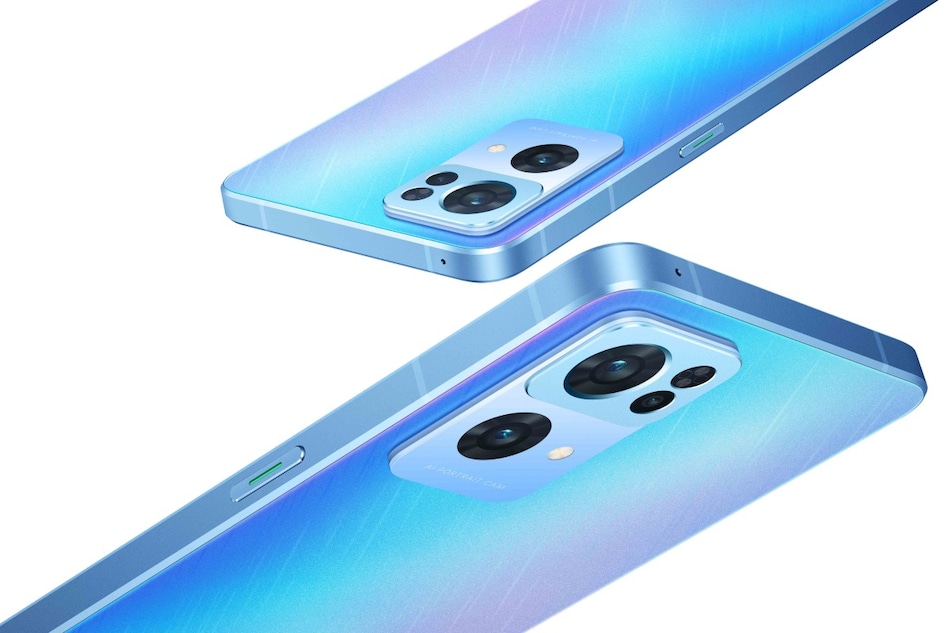 Ambhore has also tweeted the purported specifications of the Oppo Reno 7 5G India variant, alongside posting some renders to suggest the design of the upcoming phone. The said specifications include a MediaTek Dimensity 900 SoC, along with 8GB RAM and 5GB virtual RAM expansion. The chipset is different from the Snapdragon 778G available on the Reno 7 5G in China. The Indian variant is also reported to have a triple rear camera setup with the 64-megapixel OmniVision OV64B primary sensor, along with an 8-megapixel ultra-wide shooter and a 2-megapixel macro shooter.

The Oppo Reno 7 5G is said to have a 32-megapixel Sony IMX615 selfie camera sensor at the front. The selfie camera is also different from the Sony IMX709 sensor available on the Chinese variant.

Oppo is said to provide a 4,500mAh battery on the Reno 7 5G in India, with 65W SuperVOOC fast charging. The phone is said to have a USB Type-C port and a 3.5mm headphone jack and include an in-display fingerprint sensor. Further, the Oppo Reno 7 5G in India is said to be 7.81mm thick and have 173 grams of weight. The Chinese counterpart had 7.59mm of thickness and weighed 185 grams.

Previously, the Reno 7 5G in India was speculated to be a rebranded version of the Reno 7 SE 5G that was launched in China alongside the Reno 7 and Reno 7 Pro. The fresh specifications reported by Ambhore, though, suggest differences — mainly on the part of optics.

Unlike the Reno 7 5G, the Reno 7 Pro 5G in India is expected to be the same model that was launched in China. MediaTek also confirmed that the India variant of the Reno 7 Pro 5G will be powered by the same custom-designed MediaTek Dimensity 1200 Max SoC that is available on its Chinese counterpart. Further, the phone will come with ColorOS 12 out-of-the-box and have SuperVooC fast charging.

That said, exact details about the Reno 7 series in India are yet to be officially revealed. It is, therefore, safe to take the reported information with a pinch of salt.