The rumoured Oppo Reno 5 Pro may come with 4,250mAh battery. 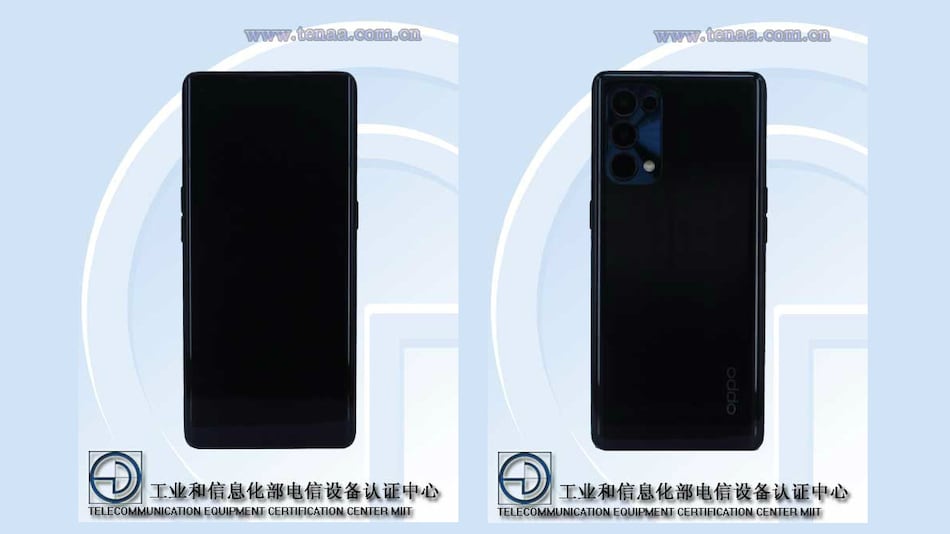 Oppo Reno 5 Pro has allegedly been spotted on TENAA. Two smartphones with model numbers PDSM00 and PDST00, which are said to be the variants of the rumoured Oppo Reno 5 Pro handsets, have been spotted on the Chinese certification site. Images of the handset have also been leaked along with a detailed specifications sheet. The phone is said to feature a quad rear camera setup with a 64-megapixel primary sensor, an 8-megapixel sensor and two 2-megapixel sensors. Its reported 4,250mAh capacity battery is likely to come with 66W fast charging.

As per the listing on TENAA, these smartphones are likely to be different variants of the rumoured Oppo Reno 5 Pro. The phones with model numbers PDSM00 and PDST00 feature the same 6.55-inch display. TENAA has listed the phones with 2,125 mAh battery capacity, which is likely to be one of the two cells in the dual-cell battery. The battery is said to come with 65W SuperVOOC 2.0. This essentially means the actual capacity will be 4,250 mAh — as mentioned in a tweet by tipster Mukul Sharma.

According to Sharma, the rumoured Oppo Reno 5 Pro could feature a 6.55-inch full-HD+ display with 1080x2340 pixels resolution. Under the hood, the phone could have a 2.6GHz octa-core Dimensity 1000+ SoC. A previous report tipped that smartphones in this series could also use some unannounced Qualcomm Snapdragon SoCs. Furthermore, the alleged Oppo Reno 5 Pro is said to be offered with 8GB and 12GB RAM, which may be coupled with 128GB or 256GB onboard storage.