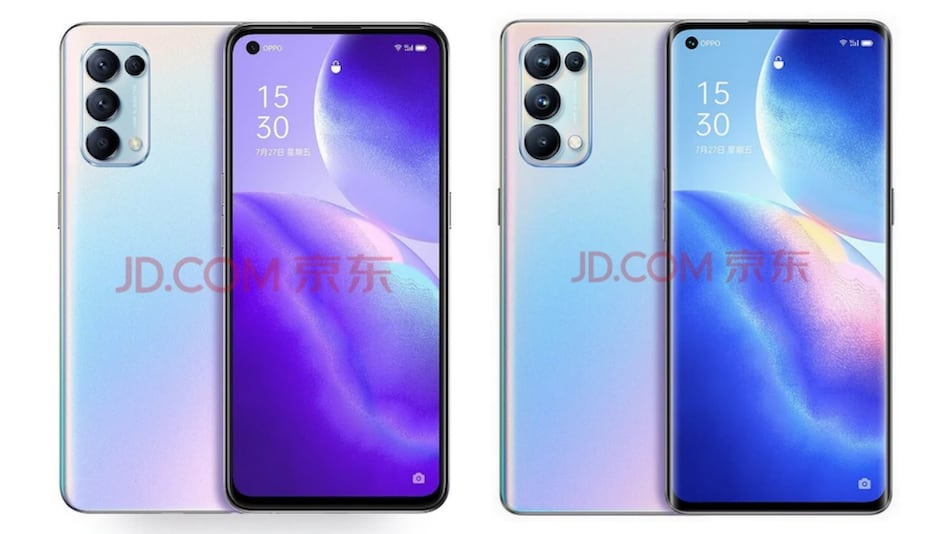 According to post shared by WHYLAB on Weibo, the Oppo Reno 5 Pro+ smartphone has a similar design as the Oppo Reno 5 Pro 5G, but, the camera capabilities are different. The post says that Oppo will include the world's first 50-megapixel Sony IMX 7-series sensor for the rear primary camera in the Reno 5 Pro 5G. It also says that the phone will have a 16-megapixel ultra wide angle camera and a 12-megapixel telephoto camera with 2x optical zoom. In comparison, the listings of the Oppo Reno 5 5G series mention a 64-megapixel primary sensor.

A different tipster has also revealed the specifications of the alleged 4G variant of the Oppo Reno 5. According to a tweet by TheLeaks, the Reno 5 4G will sport a 6.43-inch full-HD+ AMOLED display with a 90Hz refresh rate. Under the hood, the phone is said to feature a Qualcomm Snapdragon 720G SoC - just like the Reno 4 4G launched in July.

The leak also claims that the Oppo Reno 5 4G will feature four rear cameras, including a 64-megapixel primary camera, an 8-megapixel ultra-wide shooter, and two 2-megapixel sensors. For selfies and video calls, the phone is said to have a 44-megapixel front sensor. As far as battery is concerned, the phone may come with a 4,310mAh battery with 50W fast charging support. The phone is said to have a plastic frame and a plastic back.