Oppo Reno 4 Series to Launch in India With Localised Features 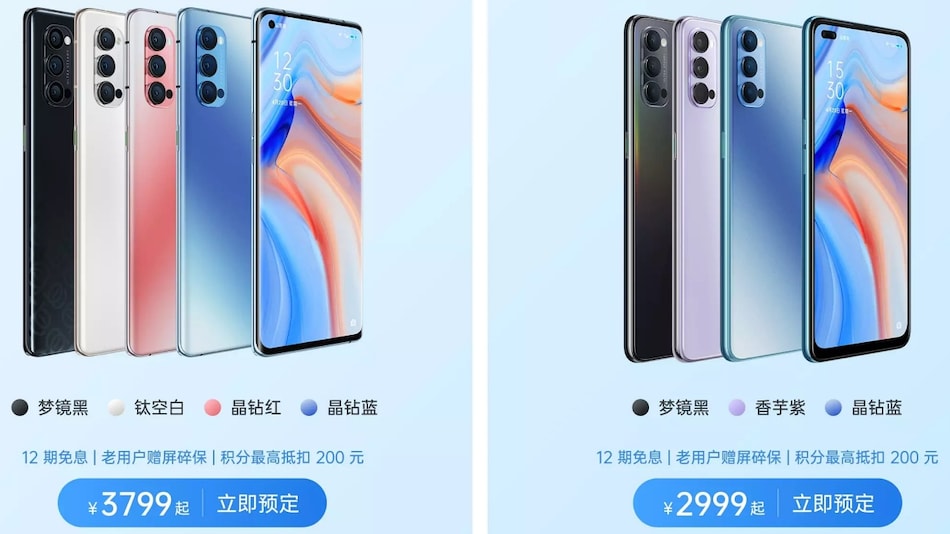 Oppo Reno 4 Pro (left) will be offered in four colour options, whereas Reno 4 will come in three colours

Oppo India has announced that it will be bringing the newly launched Oppo Reno 4 series to the country. The company hasn't shared a timeline of the launch; however, it did say that the India variants of the Oppo Reno 4-series phones would come with exclusive features for the Indian market. The Chinese smartphone maker on Friday unveiled the Reno 4 and Reno 4 Pro smartphones in its home market. The Oppo Reno 4 series supports 5G connectivity and will go on sale later this month in China.

Oppo did not elaborate on what exclusive features the India models of the Oppo Reno 4 and Oppo Reno 4 Pro smartphones will include. The company also didn't say if it would launch one or both phones in the country.

“Following Oppo's “Glocal” strategy, the India version of the smartphone is expected to come with multiple localized features to cater to the changing needs of Indian consumers,” Oppo said in a statement.