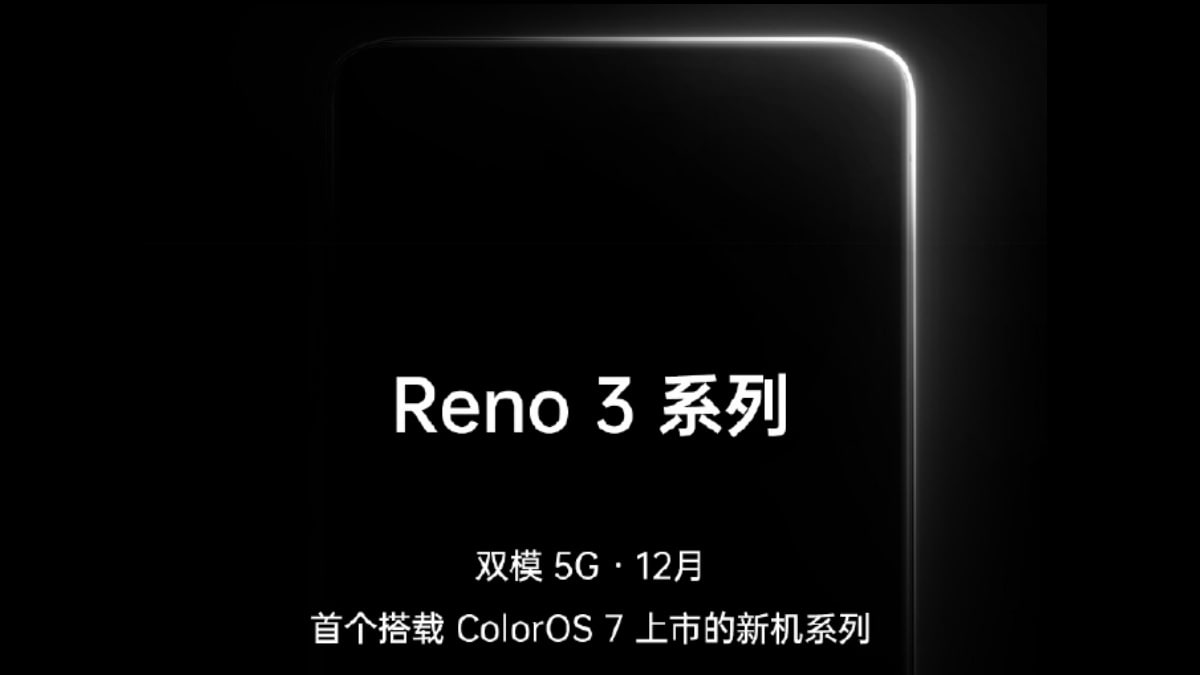 However, it is not known if the ColorOS 7 version running on the Oppo Reno 3 series phones will be based on Android 10, or if it will be stuck on Android Pie. The Chinese smartphone maker has also revealed that the Oppo Reno 3 series will be launched in China next month. However, the company has not revealed if, or when, the Color OS Reno 3 lineup will make its way to the Indian market.

Oppo Reno 3 is tipped to pack a quad rear camera setup that will include a 60-megapixel primary camera, accompanied by an 8-megapixel sensor, a 13-megapixel camera, and a 2-megapixel shooter as well, while selfies will be handled by a 32-megapixel front camera. It will reportedly feature a 6.5-inch full-HD+ (1080x2400 pixels) AMOLED display with 90Hz refresh rate, and will draw power from the Snapdragon 735 SoC paired with 8GB of LPDDR4X RAM and up to 256GB of internal storage. As we mentioned, it has also been confirmed to come with dual-mode 5G support.