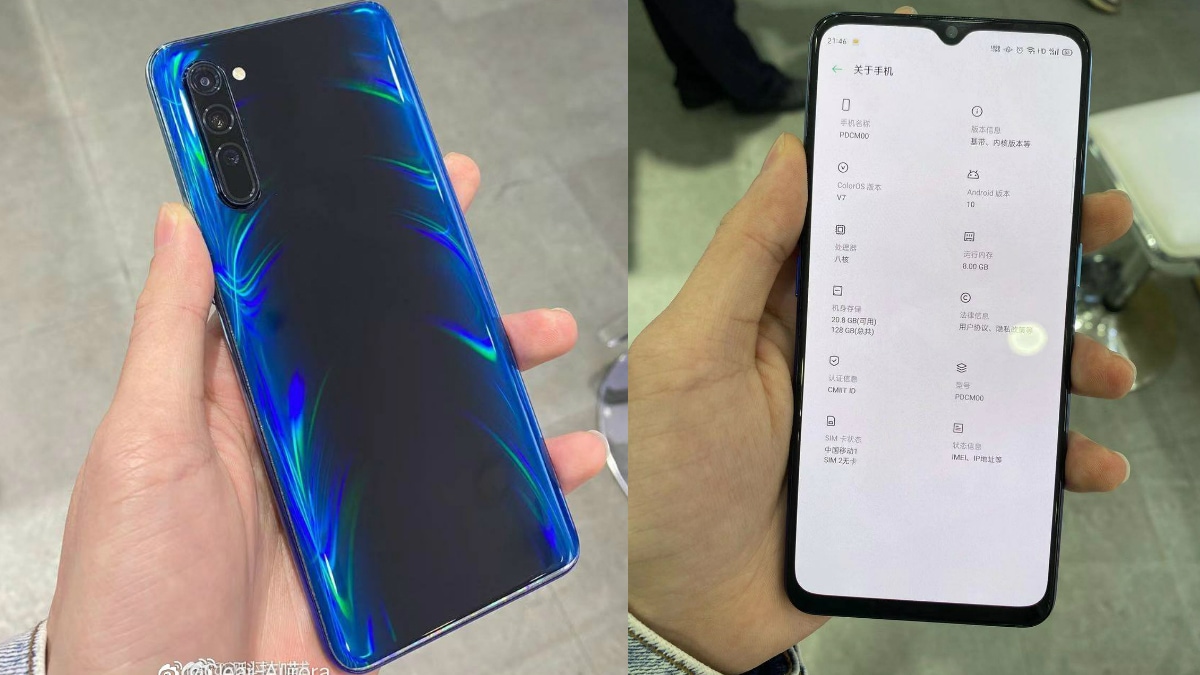 Oppo Reno 3 and Oppo Reno 3 Pro are all set to launch in China next week, and the phones has now been photographed in the wild. Live images of the phones being used with the display turned on have surfaced online. The photos show the phones from the front and back, revealing design details and colour options. They pretty much match with all previous leaks, and its TENAA listings as well. The Oppo Reno 3 is sporting a Blue finish with a unique gradient texture, while the Oppo Reno 3 Pro has been snapped in two colour options.

The Oppo Reno 3 photos have been leaked on Weibo, and the phone has been spotted being used in the wild. This is probably a test unit that has been photographed. The Oppo Reno 3 is seen with a waterdrop-style notch up front and a slight chin at the bottom of the display. The device sports a quad camera setup at the back, with the flash sitting on its right, and the back panel has a unique Blue gradient pattern. The phone's display is turned on, and it reveals that the Oppo Reno 3 will be running on Android 10 based on ColorOS software, pack 8GB RAM, and offer 128GB internal storage. The display also confirms dual-SIM slots, and has listed the model number as PDCM00, which is the same model number that was spotted on TENAA earlier. The phone is also listed on TENAA with model number PCPM00.

Separately, live shots of the Oppo Reno 3 Pro 5G were also leaked on Weibo, showing off the phone from all angles. The Pro variant is seen to sport a hole-punch display with the cut out placed on the top left edge of the screen, and the back panel shows a quad camera setup. The phone has been snapped in two colour options – White and Blue. The names of these colour options are not known. Unlike the Oppo Reno 3 display that revealed few specification details, the Reno 3 Pro display photos show the UI instead. The new UI will offer rounded square shaped app icons, and no app drawer is noticed on the screen. The tipster notes that the phone is very thin.