Oppo claims that the Reno 3 Pro is the world’s first phone to feature a dual 44-megapixel hole-punch camera hardware. 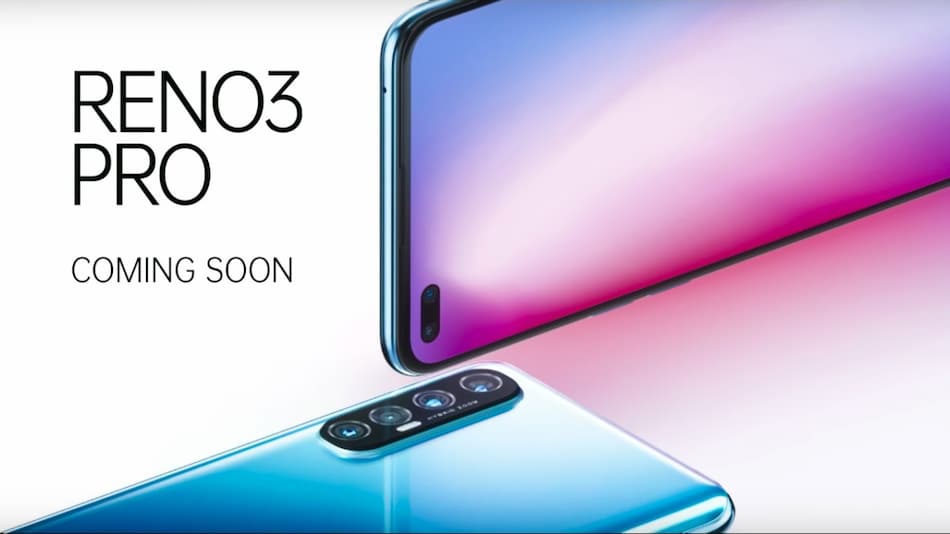 Oppo recently confirmed that its Reno 3 Pro phone is coming to India soon, albeit with slightly different camera hardware. The Chinese smartphone maker has now announced that the Oppo Reno 3 Pro will be launched in India on March 2. Additionally, the company has also promoted that the India-bound Oppo Reno 3 Pro is the world's first phone to feature a 44-megapixel dual hole-punch camera setup. The company's new teaser video also gives us a good look at the upcoming phone's quad rear camera setup and the curved glass rear panel.

To recall, the Oppo Reno 3 Pro variant that was launched in China back in December last year only had a single front camera housed in a hole-punch. Another noticeable difference is that the Oppo Reno 3 Pro model launched in China had a curved display, but the version bound to hit the shelves appears to have a flat display, something that is clearly evident in the company's own promotional material. Even the colour scheme of Oppo Reno 3 Pro shown in the company's promos doesn't match any of the colour options that are available in China.

Another notable difference is that the Oppo Reno 3 Pro's China version offered 5G support-out-of-the-box, thanks to the integrated Snapdragon X52 5G modem on the Snapdragon 765G powering it. Tasleem Arif, Vice President and India R&D Head of Oppo, has earlier said that the Oppo Reno 3 Pro launching in India next month will only offer 4G support. This also raises the question whether the India-bound Oppo Reno 3 Pro will have a different SoC. So far, there have been no credible leaks regarding the specifications of Oppo Reno 3 Pro's Indian variant, but we expect the company to share more details via teasers as the launch inches closer.