Oppo Reno 3 is expected to pack a 44-megapixel front camera with f/2.4 aperture. 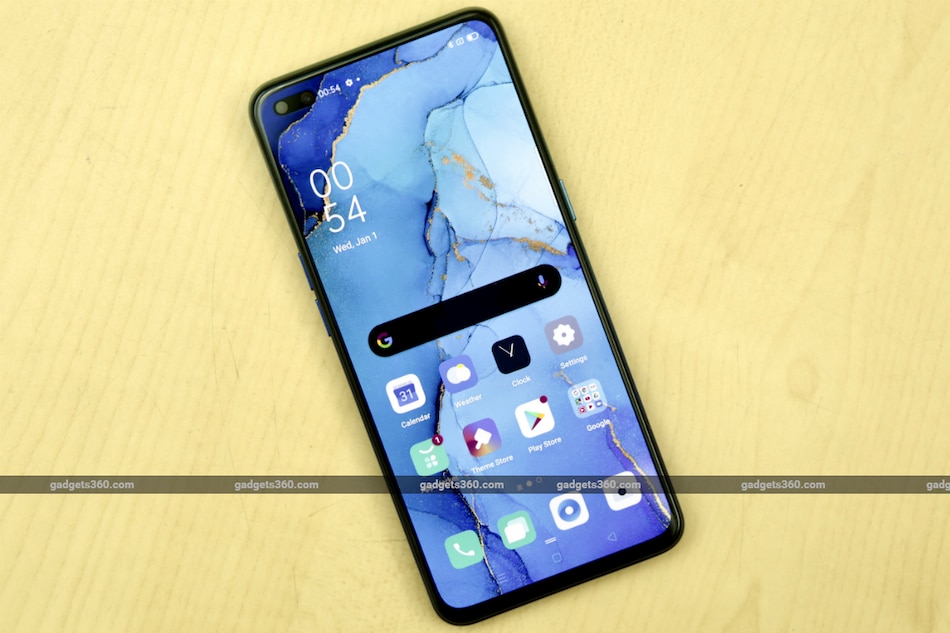 Oppo launched its Reno 3 smartphone in December last year in the Chinese market. Now, as the Indian market awaits the launch of the global version of the Oppo Reno 3, an online report claims that the phone will come with MediaTek Helio P90 SoC, 48-megapixel quad camera setup, and 44-megapixel selfie camera. The report also states that the Oppo Reno 3 will come in three colour options, Sky White, Midnight Black, and Aurora Blue. Several other specifications of the phone have been listed ahead of the official launch.

In collaboration with tipster Ishan Agarwal, 91mobiles has shared an image that shows several specifications of the alleged Oppo Reno 3. There are a lot of differences between the Chinese variant and the upcoming global variant of the phone, except for the display.

As of now, there is no release date for the Oppo Reno 3 but the Oppo Reno 3 Pro was released in India on March 2. It has dual hole-punch selfie cameras, in-display fingerprint sensor, and a quad rear camera setup. It is priced at Rs. 29,990 for the 128GB variant and Rs. 32,990 for the 256GB model.