Oppo Reno 3 will reportedly come with MediaTek 6885 SoC that is expected to debut as the MediaTek Dimensity 1000L. 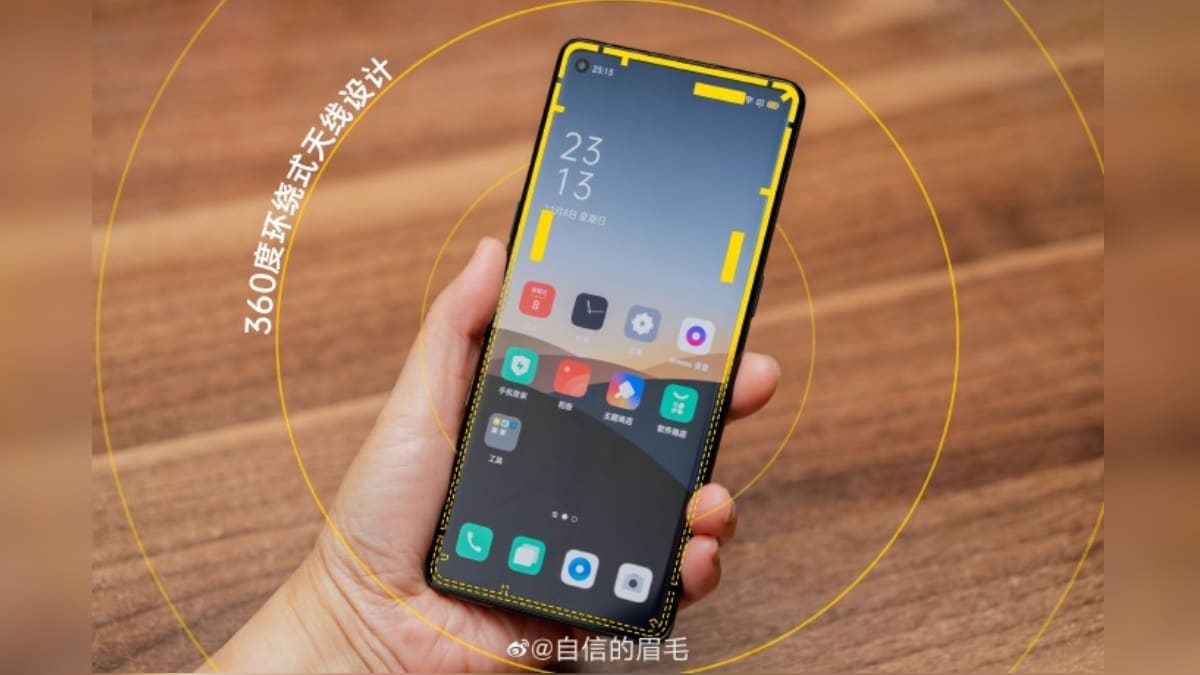 Oppo VP Brian Shen revealed in a Weibo post that the Oppo Reno 3 series phones, both of which have been confirmed to offer dual-mode 5G (SA + NSA) support, will feature a 360-degree wraparound antenna design that will surround almost the entire frame of the phone in order to ensure better signal reception. This will reportedly come in handy when users need a faster and more stable connectivity for tasks like video streaming or playing demanding online games.

There are concerns floating around the industry that the mmWave 5G network, despite the huge speed gains, is plagued by poor signal penetration and lower range, which is why smartphone makers will have to work on the antenna design to make sure that 5G phones don't suffer from network reception problems. (Remember, "you are holding it wrong"). The image shared by Shen also suggests that the area covered by users' hand might block the signals, but the uncovered area in the phone's upper half region will make sure that network reception is not an issue.

The MediaTek 6885 outscored the Qualcomm Snapdragon 765 and Exynos 980 on AnTuTu
Photo Credit: Weibo

Additionally, the Oppo Reno 3 has been reportedly been spotted on AnTuTu and it scored an impressive 379839 in the eponymous synthetic benchmark test. The phone was spotted packing the yet-to-be-announced MediaTek MT6885 SoC, and as per tipster Digital Chat Station, it is a toned-down variant of the new MediaTek Dimensity 1000 SoC and will debut as the MediaTek Dimensity 1000L.

The Oppo Reno 3 powered by the MediaTek Dimensity 1000L SoC even outscored the new Qualcomm Snapdragon 765G SoC and Samsung's premium Exynos 980 SoC. The tipster also mentions that the Oppo Reno 3 will pack a 64-megapixel sensor, akin to the Oppo Reno 3 Pro, but it might not employ a Sony sensor.