Oppo Reno 2 will be offered in Ocean Heart and Misty Powder colour options. 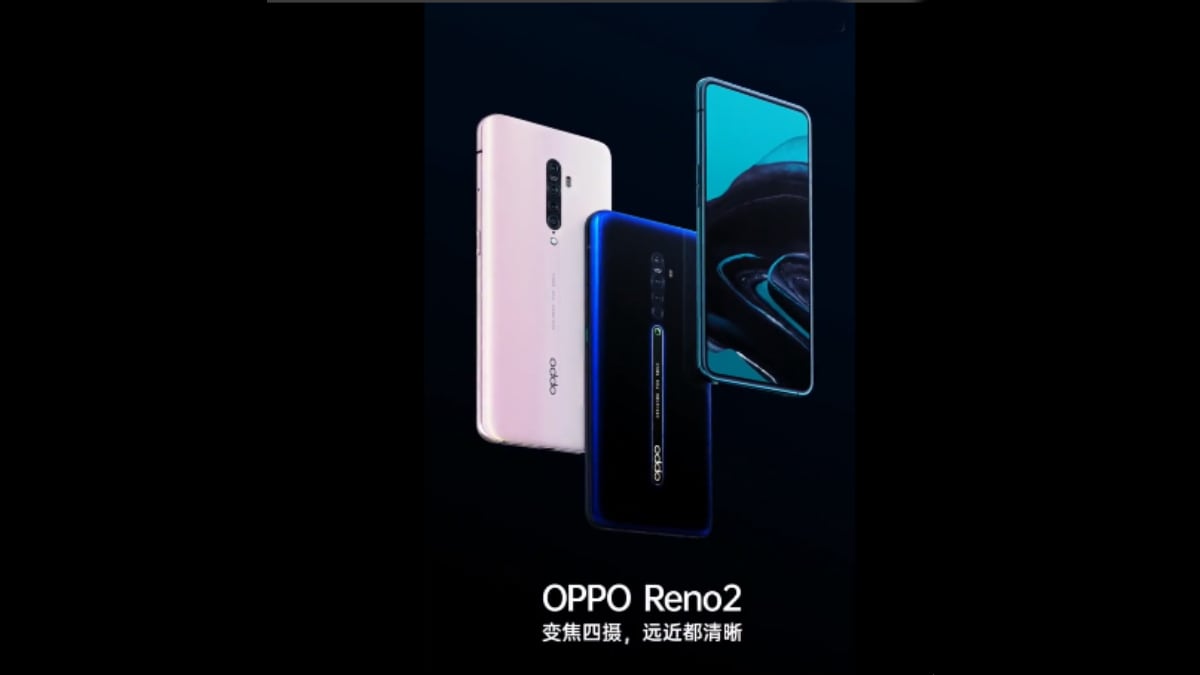 As we approach Oppo Reno 2 launch date - August 28 - the official teasers have started cropping up on Weibo. A series of video teasers have been posted on Oppo's official page teasing the arrival of the Oppo Reno 2 phone. The teasers reveal the colour options of the phone and also confirm that noise cancelling headphones will be launched alongside. The phone is set to arrive in China on September 10, and ahead of that the company has even shared the key specifications of the phone.

The company's official Weibo page has listed a host of teaser videos of the phone. Most of these teasers don't reveal much except for just hinting the arrival of the phone. However, some of them do reveal key information. For instance, one teaser confirms that the Oppo Reno 2 will be made available in Ocean Heart and Misty Powder colour options.

The Oppo Reno 2 is confirmed to sport a 6.55-inch AMOLED Panoramic notch-less display with 20:9 aspect ratio, Gorilla Glass 6 protection, and 93.1 percent screen to body ratio. It will be powered by the Snapdragon 730G octa-core SoC, with 8GB RAM, and 256GB internal storage. It packs a 4,000mAh battery with VOOC Flash Charge 3.0 support. It supports a USB Type-C port for connectivity, and also integrates Game Boost 3.0, Game Assistant, and HDR10 gaming support for better game play experience.