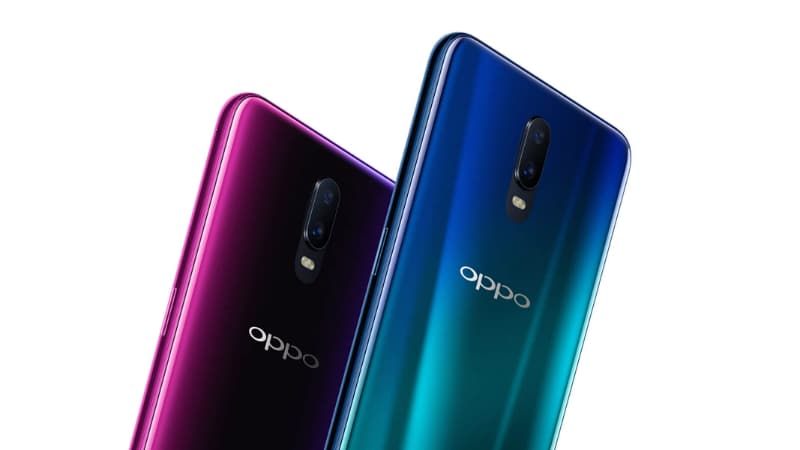 Oppo R17 is presently available for pre-orders in China, while its sale will begin on August 18.

Oppo R17 specifications have been officially revealed by the company in China via a listing on its website. The latest development comes days after the handset surfaced on TENAA and spotted in some early leaks. The official listing has confirmed that the newest Oppo model has a 6.4-inch display that sports a Corning Gorilla Glass 6 protection on top and has an in-display fingerprint sensor. The smartphone also comes with an artificial intelligence (AI) supported dual rear camera. It features 8GB RAM and 128GB storage, and comes Streamer Blue as well as Neon Purple colour options. Oppo has started taking pre-orders for the handset, while sales will begin on August 18. The Oppo R17 price is also likely to be revealed at the time of formal sale. The Chinese company could also bring the Oppo R17 Pro as a superior version of the new model.

As per the official listing, the dual-SIM (Nano) Oppo R17 runs ColorOS 5.2 based on Android Oreo and features a 6.4-inch (1080x2280 pixels) full-HD+ display with a 91.5 percent aspect ratio. Under the hood, there is an octa-core Qualcomm Snapdragon 670 SoC, coupled with 8GB of RAM. The handset has a dual rear camera setup that comprises a 16-megapixel primary sensor and a 5-megapixel secondary sensor - paired with an LED flash. For selfies, there is a 25-megapixel Sony IMX576 sensor available at the front that has an f/2.0 aperture. The front camera supports AI-backed Portrait mode and a bunch of selfie-focused features. There are also various preset scenes to capture enhanced shots.

For storing content, the Oppo R17 has 128GB onboard storage. The smartphone has 4G VoLTE, Wi-Fi, Bluetooth, GPS/ A-GPS, and USB Type-C. Sensors on board include an accelerometer, ambient light, and a proximity sensor. There is also an in-display fingerprint sensor. Besides, the smartphone packs a 3,500mAh battery that is powered by Oppo's proprietary VOOC technology that is touted to deliver two hours of talk time with five minutes of charge.

Alongside the Oppo R17, Oppo is set to launch the R17 Pro. A Weibo post has confirmed the arrival of the new smartphone, though its price and specifications are yet to be announced.