The Oppo R17 Pro update weighs about 3,389MB in size, and brings several new features to the phone. 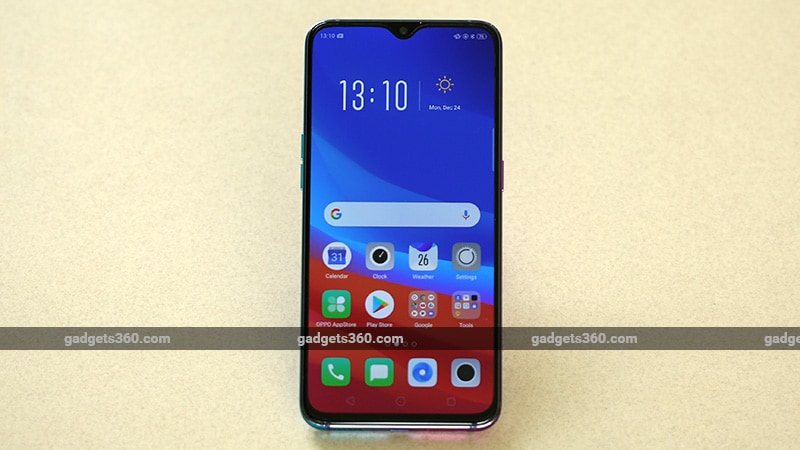 Oppo R17 Pro is now receiving the Android Pie-based ColorOS 6 update in India. The update is available for download via the company website for those who cannot wait. Oppo has also confirmed that the Oppo R17 Pro will receive the ColorOS 7 update as well. This update will roll out sometime in 2020 though. The update log for the ColorOS 6 update suggests that it brings along a new UI, Game Boost 2.0, new wallpapers, and optimised Camera UI as well.

Oppo R17 Pro is finally receiving the Android Pie-based ColorOS 6 update. The version number for the update is CPH1877EX_11_C.21, and it weighs about 3,389MB in size. The update should be rolling out via OTA, but there is a download link also available on the Oppo website. If you haven't received a notification, check for the update manually by going to Settings > Software Update. Ensure that you download the update under a strong Wi-Fi connection and install it while the phone is on charge.

The changelog mentions that the Oppo R17 Pro update brings a redesigned UI, Game Boost 2.0 support to reduce game lags, system boost and app boost support to optimise the gaming experience. The update also brings a new button to hide unimportant notifications with just a tap, new swipe gestures on both sides to go back, allowing for easier navigation, and new custom ‘Do Not Disturb' scenarios. The update redesigns the Game Space mode, and users can now even reduce image quality to save power in Low Power Mode. There's new default wallpaper and live wallpaper options, new drawer mode on home screen, and a new batch icon management on the home screen as well.

The update brings slight tweaks to the Calculator app, new UI in the Camera app including an optimised Portrait Mode, a new Photos app UI, and the ability to add photos and albums to favourites has also been added. The Oppo R17 Pro update also brings the ability to block calls and messages from numbers that start with certain prefixes, flash blinks if there is an incoming call when the screen is locked or off, and even enables two Bluetooth devices to connect at the same time, along with the ability to switch quickly between them There's a new Riding Mode, a new Low-Brightness Flicker-Free Eye Care mode, and a new setting option to adjust the animation speed upon app launch as well.