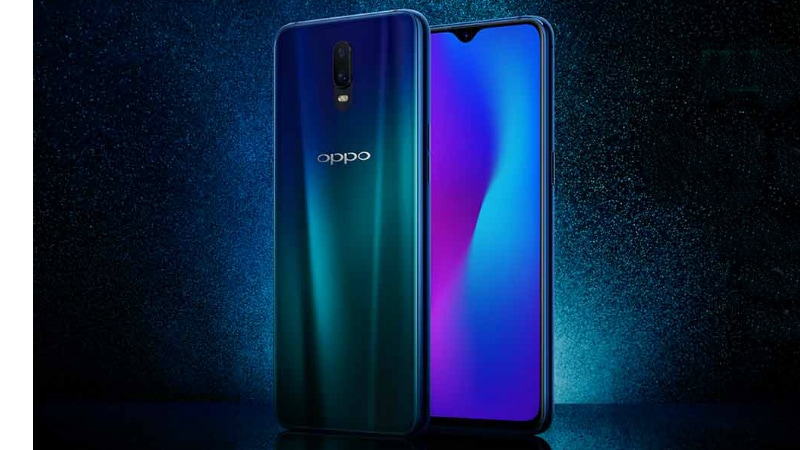 After making the Oppo R17 Pro available in the country earlier this month, the Chinese giant has now made the Oppo R17 base variant available in India as well. The two phones were launched together, with pricing information revealed at the event itself, but the Oppo R17 availability was set for a later date. The smartphone has now gone on sale on Amazon India, and is listed in multiple colour options but a single RAM/ storage variant. Oppo and Amazon has also detailed Oppo R17 launch offers.

The Oppo R17 has been priced in India at Rs. 34,990 for the lone 8GB RAM + 128GB storage option. The device has been gone on sale in Neon Purple and Ambient Blue colour models, and is exclusively available on Amazon India. Oppo has listed several launch offers on the purchase of the Oppo R17, and it includes a one-time screen replacement at just Rs. 990, up to 3.2TB Jio 4G data and benefits up to Rs. 4900 with Jio and MakeMyTrip. To read the full details of this offer, read the instructions mentioned in the offer section . Amazon is also offering 5 percent instant discount on HDFC credit EMI transactions and 10 percent instant discount on HDFC debit EMI transactions as well. It has also listed no-cost EMI options from several banks including Bajaj Finserv. Lastly, Amazon is also offering an extra Rs. 5,000 off on exchange of old phone (up to Rs. 21,000 off).

The dual-SIM (Nano+Nano) Oppo R17 runs Colour OS 5.2, based on Android 8.1 Oreo. It sports a 6.4-inch full-HD+ (1080x2280 pixels) AMOLED display with a waterdrop-style notch and Corning Gorilla Glass 6 protection. It is powered by an octa-core Qualcomm Snapdragon 670 SoC, coupled with 8GB of RAM.

The Oppo R17 bears a dual rear camera setup, with a 16-megapixel sensor featuring f/1.8 aperture, and a 5-megapixel depth sensor. The rear camera setup features dual-LED flash and PDAF. On the front, the Oppo R17 bears a 25-megapixel camera with an f/2.0 aperture, as well AI Beauty Camera beautification with a live preview option. The beautification mode is said to learn preferences from the user to provide better results.