Oppo R11, R11 Plus Specifications Spotted on Certification Site Ahead of Launch 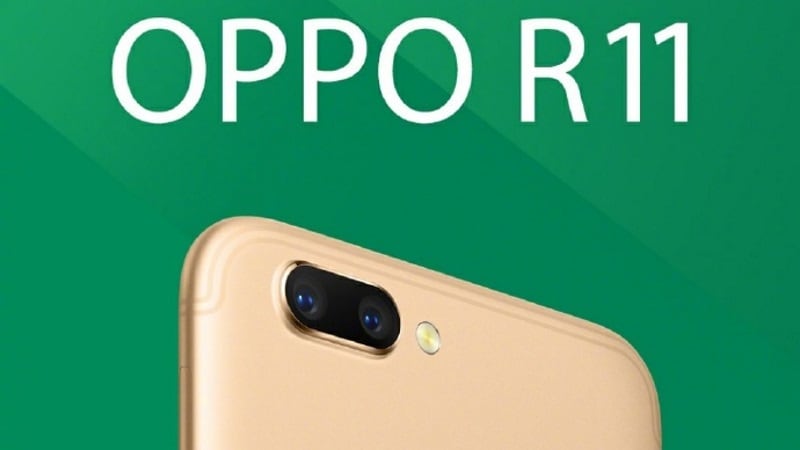 Oppo is gearing to launch the new R11 smartphone, something that has been teased by the Chinese company ahead of the official launch. Now, the Oppo R11 smartphone along with its anticipated bigger sibling Oppo R11 Plus has been spotted on Chinese certification website TENAA, hinting that they might launch in the coming weeks.

Talking first about Oppo R11, as per the leaked specifications from TENAA website, the device will feature a 5.5-inch full-HD AMOLED display and will be powered by an octa-core Snapdragon 660 SoC coupled with 4GB of RAM. It is said to pack 64GB inbuilt storage which will support expandable storage via microSD card (up to 128GB). The Oppo R11 is further seen featuring a 20-megapixel and 16-megapixel dual cameras at the back, a feature earlier teased by the company. It is seen packing a 2900mAh battery and likely to run Android 7.1.1 Nougat out-of-the-box.

The Oppo R11 Plus, on the other hand, is seen to feature a large 6-inch full-HD display and also pack a large 3880mAh battery. Rest of the specifications of the handset are seen to be identical to the Oppo R11. The TENAA listing was first spotted by The Android Soul.

The Chinese company last week released an official teaser for 'R11' confirming the presence of a dual-camera setup on the smartphone. Based on the official teaser, the Oppo R11 seems to borrow some design elements from iPhone 7, thanks to its antenna lines. A benchmark listing of the Oppo R11 also made it to the Internet claiming details like full-HD display, Snapdragon 660 SoC, and 4GB RAM.