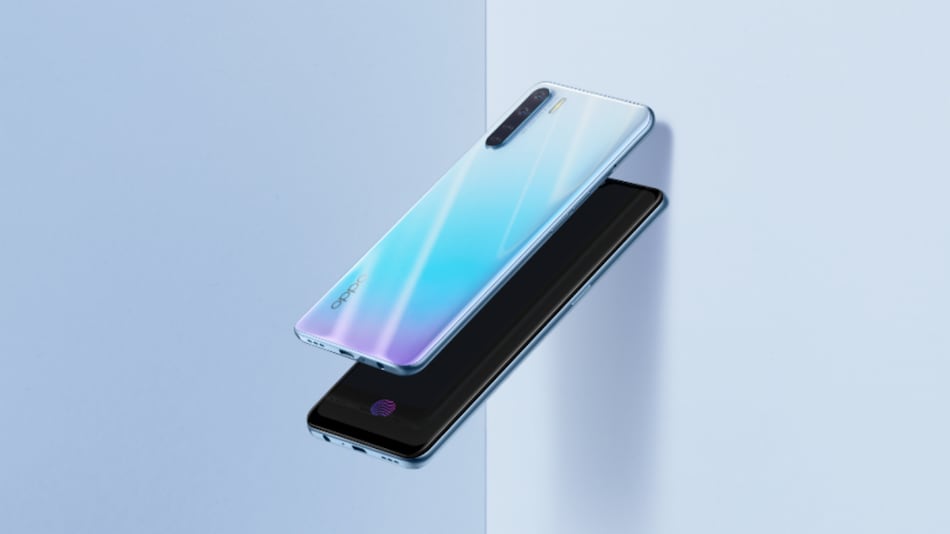 A new Oppo smartphone has been found listed on Chinese certification authority TENAA's website as the Oppo PDAM10. Speculated to be a mid-range Oppo phone from the company's A-series of smartphones, the Oppo PDAM10 could also be a successor to the company's Oppo A91 smartphone. The PDAM10 had surfaced on the TENAA website on March 18, and the listing hints at the phone's dimensions, screen resolution, battery, operating system, RAM, storage options, camera details, and more.

The listing also suggests that the Oppo mid-ranger will come with an octa-core processor, clocked at 2GHz, along with 8GB RAM and 128GB of inbuilt storage, with an option to expand it via a microSD card. The phone is expected to run on Android 10. The TENAA listing shows the Oppo PADM10 with a 4,880mAh battery.

The Oppo PDAM10 is said to be a part of the company's A-series of mid-range smartphones. The Oppo A12 and Oppo A12e were recently spotted in various leaks. While the Oppo A12 was seen listed on Singapore regulator Info-communications Media Development Authority (IMDA) website with model number CPH2083, the Oppo A12e was hinted in a leak by tipster Ishan Agarwal.

Now, while the IMDA listing of the Oppo A12 only showed the phone's connectivity, an older report spotted the phone with the same model number on Geekbench. The phone was listed with 3GB RAM, MediaTek MT6765V/CB processor, and Android 9. This suggests that the Oppo A12 might come with a MediaTek Helio P35 SoC that has eight CPU cores.

The Oppo A12e, on the other hand, is rumoured to come with 3GB RAM and 64GB storage that is further expandable via a microSD card. The phone is said to be powered by Qualcomm's Snapdragon 450 chipset and pack a 4,230mAh battery without support for fast-charging.