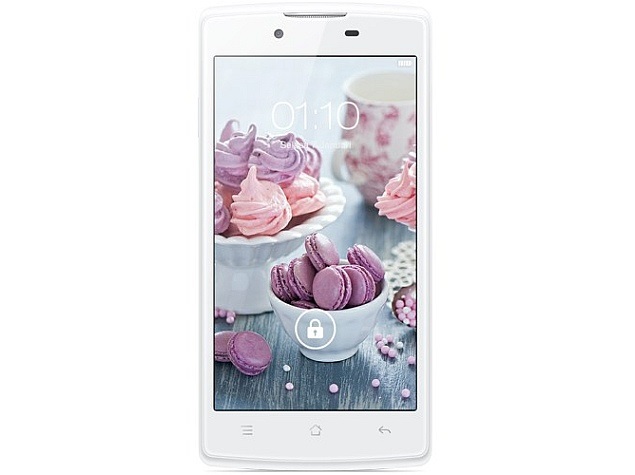 Oppo has launched its budget smartphone, the Neo, in India at Rs. 11,990. The company has not revealed the availability details of the Oppo Neo for the Indian market, but notes that the smartphone will be soon available.

Oppo had announced the Neo smartphone in January via the Chinese firm's Indonesian branch.

The Oppo Neo was launched in two variants: single SIM and dual-SIM, however, the Chinese smartphone maker has only released the dual-SIM variant in India. The Oppo Neo runs Android 4.2 Jelly Bean with company's ColorOS UI running on top.

The smartphone features a 4.5-inch IPS LCD display, which is able to detect touch input even when the user operates while wearing gloves. The screen features a low (FWVGA) 854 x 480 pixel resolution paired with a pixel density of 217ppi.

The Oppo Neo is powered by a 1.3GHz dual-core processor (unspecified chipset) along with 512MB of RAM. The smartphone sports a 5-megapixel rear camera and also houses a 2-megapixel front-facing camera. The Oppo Neo comes with 4GB inbuilt storage, which is further expandable up to 32GB via microSD card. It packs a 1900mAh battery, with no word on talktime and standby time. The smartphone measures 132 x 65.8 x 9.2mm, and weighs 130 grams.

Recently, Oppo entered the Indian market with the launch of its flagship smartphone, the N1 (16GB) at Rs. 39,999.

The N1 sports a 13-megapixel camera with dual-LED flash, which is the device's major highlight, as the camera can rotate up to 206 degrees, and can lock at any angle. Connectivity options on the device include USB OTG, Bluetooth 4.0, Wi-Fi 802.11 b/g/n, Wi-Fi Direct, GPS, NFC and 3G. It packs a 3610mAh battery.